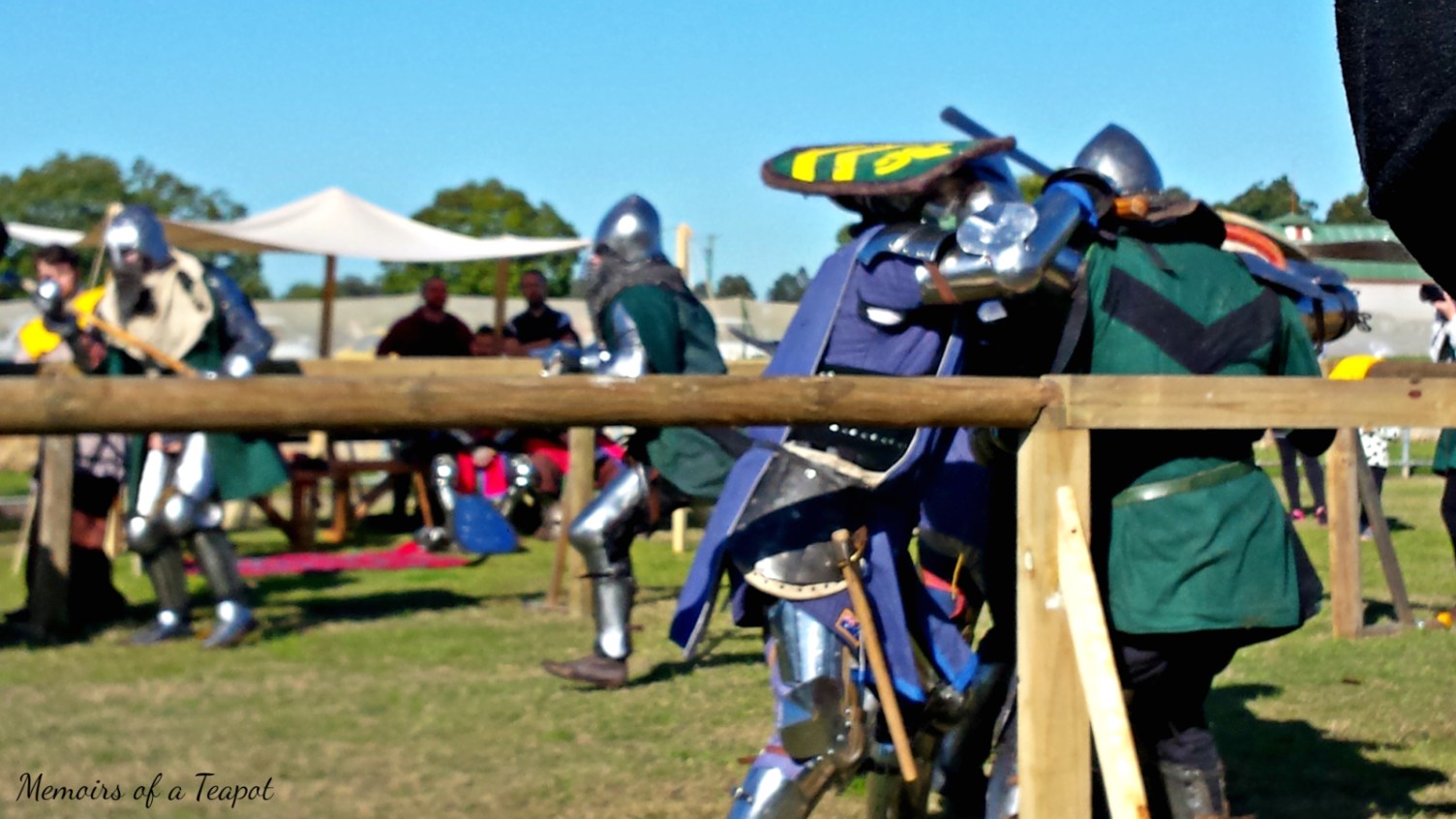 At the beginning of July, Hawkesbury Showground Sydney plays host to a medieval fair called Winterfest. Running over the weekend from 10 am till 5 pm, this fair is suitable for the entire family and for a range of medieval enthusiasts.

What can I see at Winterfest? 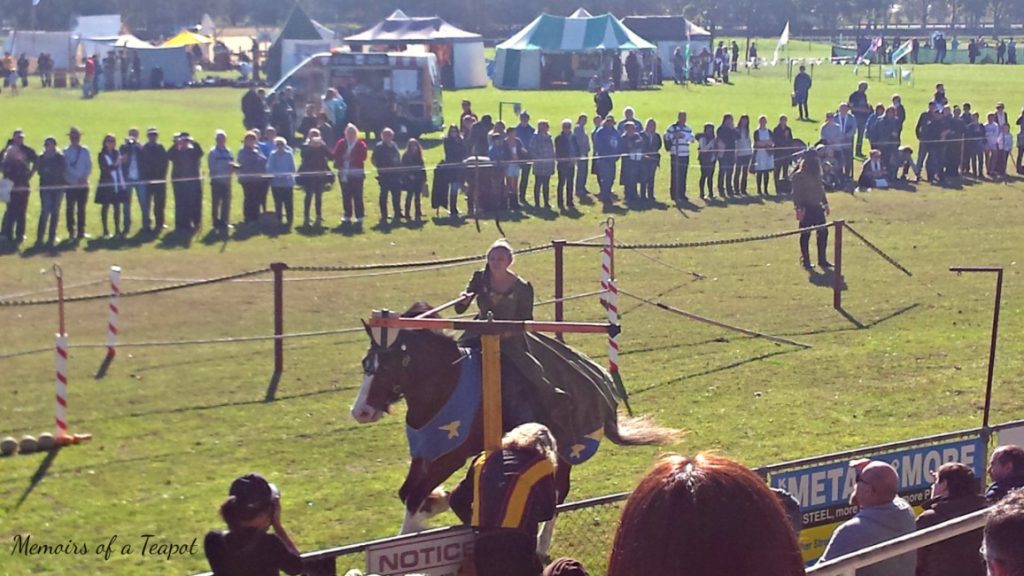 It took a lot of practice to be a knight. In this display, some very capable horse riders and horses are put through their paces. They attempt to put their lances and swords through small rope rings and to knock tiny shields off their posts. Both require different technique! In the picture above, one very able horsewoman attempts to hit a quintain as hard as she can with her lance. The aim is to make it turn as many times as possible for maximum points. If you’re lucky, the display will conclude with a demonstration of sword versus melon at full gallop – certainly popular with the crowd! 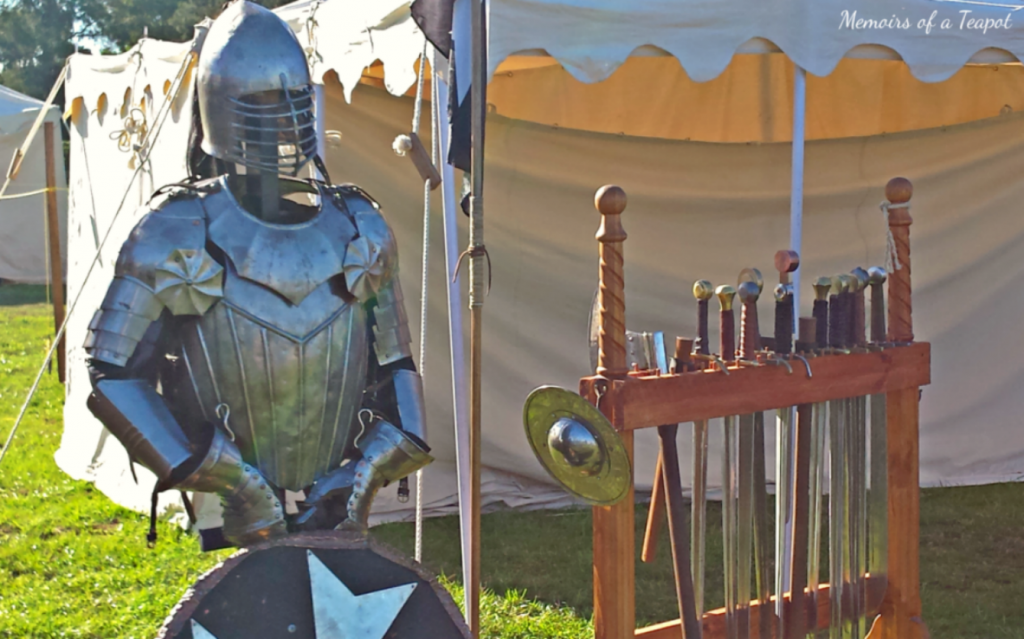 A Medieval Village and Stalls

Across the showground there are a variety of stalls and tents to wander through and around. You may see some sword fighting, numerous people in various types of armour, musket firing, or a blacksmith making a shield boss. 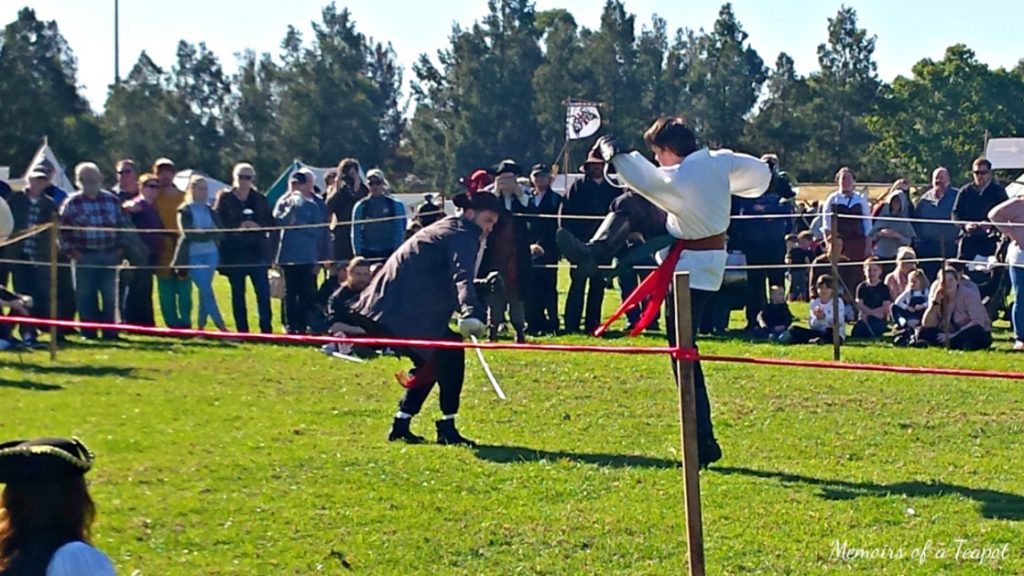 During the Fair a variety of reenactment and medieval martial arts groups display their skills and knowledge in the combat arena. Above, you can see members of the Swordplay School of Theatrical Fencing and Swordplay group; they all certainly know how to put on a show! You will also witness medieval melee battles and one on one duels using a variety of medieval weapons and shields. 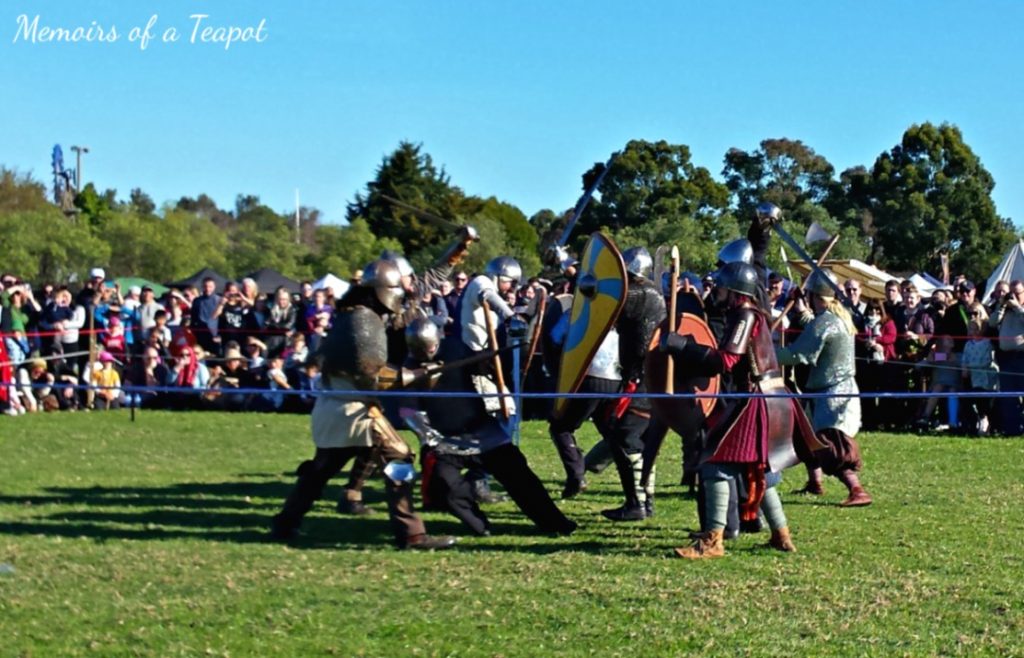 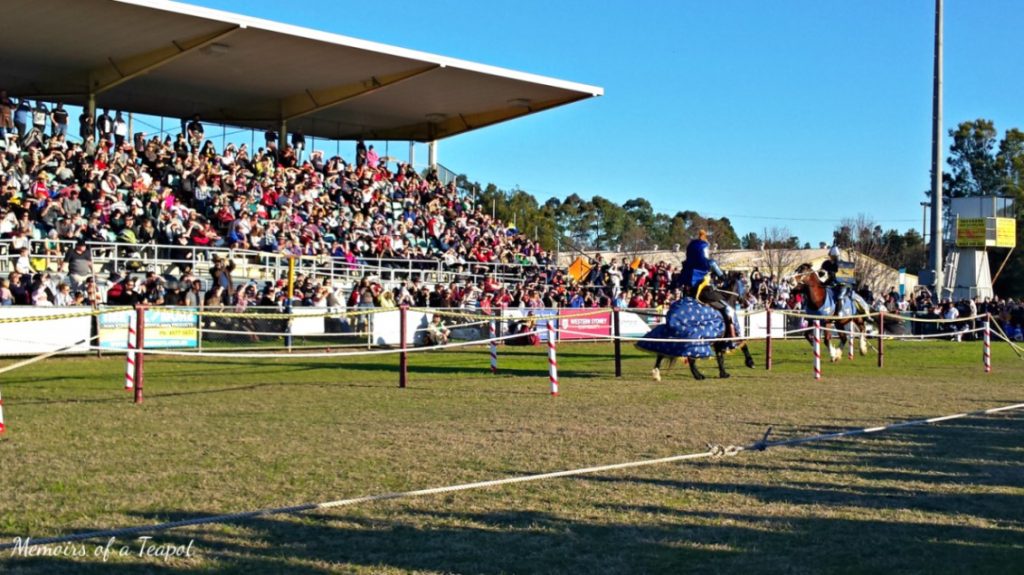 One of the most popular events of the weekend is the joust. Occurring in the afternoon on Saturday and Sunday, the joust is an exciting competition between several willing knights. Points are won for splitting and shattering your lance on your opponent. Find out more about jousting here. 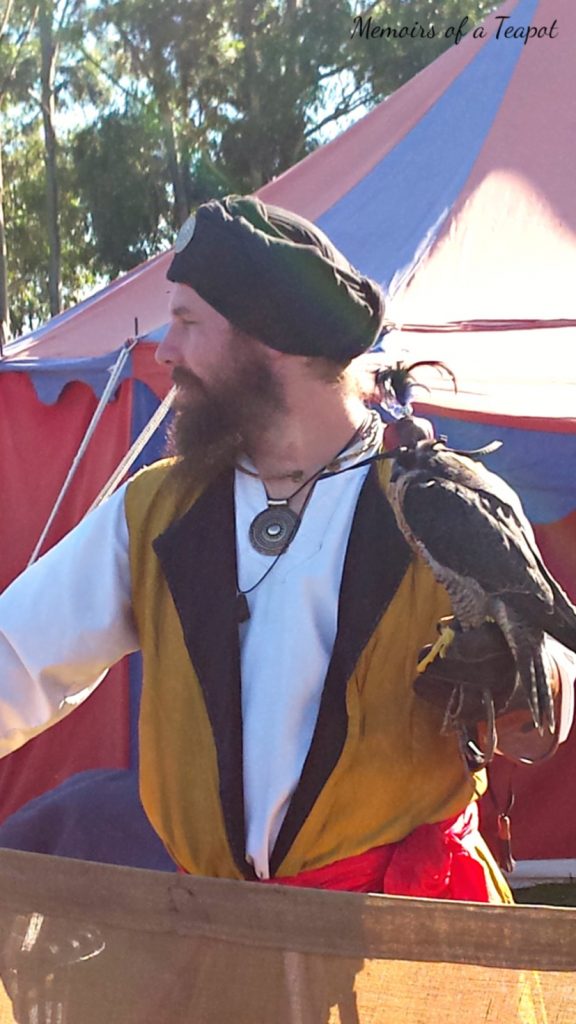 No medieval fair could be without a display of the birds prized both for hunting and as status symbols in the medieval world. Above you can see a peregrine falcon, one of the smallest hunting birds used in the middle ages. If you’d like to see an owl hunt a ‘rabbit’ or a wedge tail eagle up close, this is the show to see.

Perhaps you may be wondering which is better; Winterfest or the St Ives’ Medieval Faire? Well, it really depends on what you want to see! If you want to witness highly competitive and dramatic jousting or a trebuchet in action, then head to the St Ives’ Medieval Faire. But if you want to see a variety of fighting styles from the medieval period and the Renaissance including mounted combat; Winterfest is for you. Overall though, if you love all things medieval, I’d say, go to both!