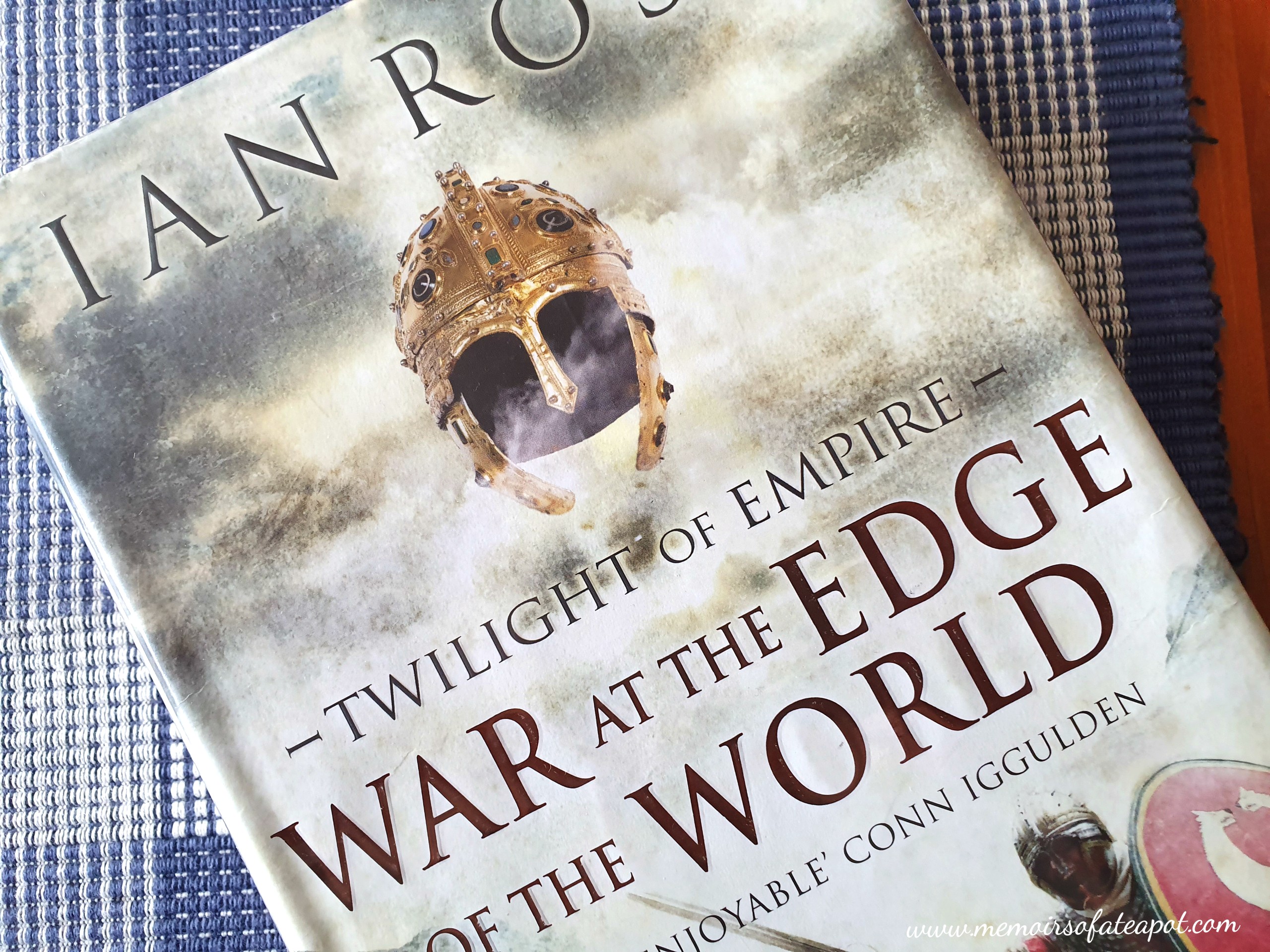 I have always been an avid reader who devours books left right and centre. But growing up, I feel that I read historical fiction novels more often than I do now. Recently my reading has mostly tended toward fantasy novels and classics, i.e. anything Austen, Jane Eyre, and The Count of Monte Cristo. So, I have decided that I should do some exploratory historical fiction reading to see what’s out there these days. Since I love ancient history, the first book I chose is War at the Edge of the World by Ian Ross, first published in 2015. It is the first part of a six novel series entitled ‘Twilight of Empire’.

What’s the Book About?

The story follows Aurelius Castus; a Roman centurion from Pannonia. We first meet him as a young soldier finding success as a warrior in his first major battle. We then catch up with him after he has become an experienced and battle hardened centurion. For Castus, the promotion is exactly what he wanted; the problem? He is given command of a century based on Hadrian’s Wall in Britain. He now finds himself on the edge of the Roman Empire and far from all of the action. Luckily for him, the action isn’t as far away as he anticipates. Despite the unlikeliness of combat, Castus zealously trains his motley century full of soldiers that have no battle experience. This leads to a dangerous and mysterious assignment for both him and his century: protect a Roman envoy across the wall and into Pictish territory.

I am really fascinated by the history of Roman and Anglo Saxon Britain. The late Roman period is particularly turbulent and makes for a fantastic context for historical fiction. So it’s really no wonder that I picked up this book. The battle scenes are also intriguing. I really enjoyed reading Ross’ portrayal of Roman battle formations, fortifications and fighting techniques.

War at the Edge of the World is easy to read and the style of writing reminds me a little of that of Matthew Reilly’s. The events are narrated in a short and punchy way and there’s no chance of getting bogged down by descriptive passages. In that way the book is fairly light on. But the author does manage to provide enough context to immerse you in the historical period. The only difficulty I find, is keeping track of which characters are which! The Pictish names used are pretty unfamiliar to modern English speaking ears and I frequently mix them up.

Enough on the context, let’s discuss plot line. I’ve got to say, the narrative was unexpected and it didn’t end where or how I expected it to. Points awarded! However, it wasn’t a book I felt that I would read twice. Perhaps it wasn’t as in depth as I would like, or perhaps the story line just didn’t capture me enough personally. I think I would read the next book in the series though, if I can get my hands on it.

Ross has placed an author’s note at the end of his novel in which he comments on his description and characterisation of the Pictish peoples. I’m certainly no expert on this society, but it seemed to me that a lot of creative license was used. Apparently though, historical sources about the Picts are rather thin on the ground. Regardless, I think his representation is engaging and plausible. It also inspired me to do some background reading into the historical Picts myself, and I’m all for historical fiction being a springboard into investigating the past.

All in all, I think that this book is well worth a read. It covers an awesome period and context in history, and has some tense, hair raising sequences. Also in it’s favour, you could easily read it after an exhausting day at work. And with five further books already published, you can follow the story of Castus Aurelius as swiftly as you’d like to.

If you have read this novel, or read it as a result of my review here, please let me know what you think in the comments section or on my Instagram account or Facebook page. You can also check out another of my book reviews on the blog.