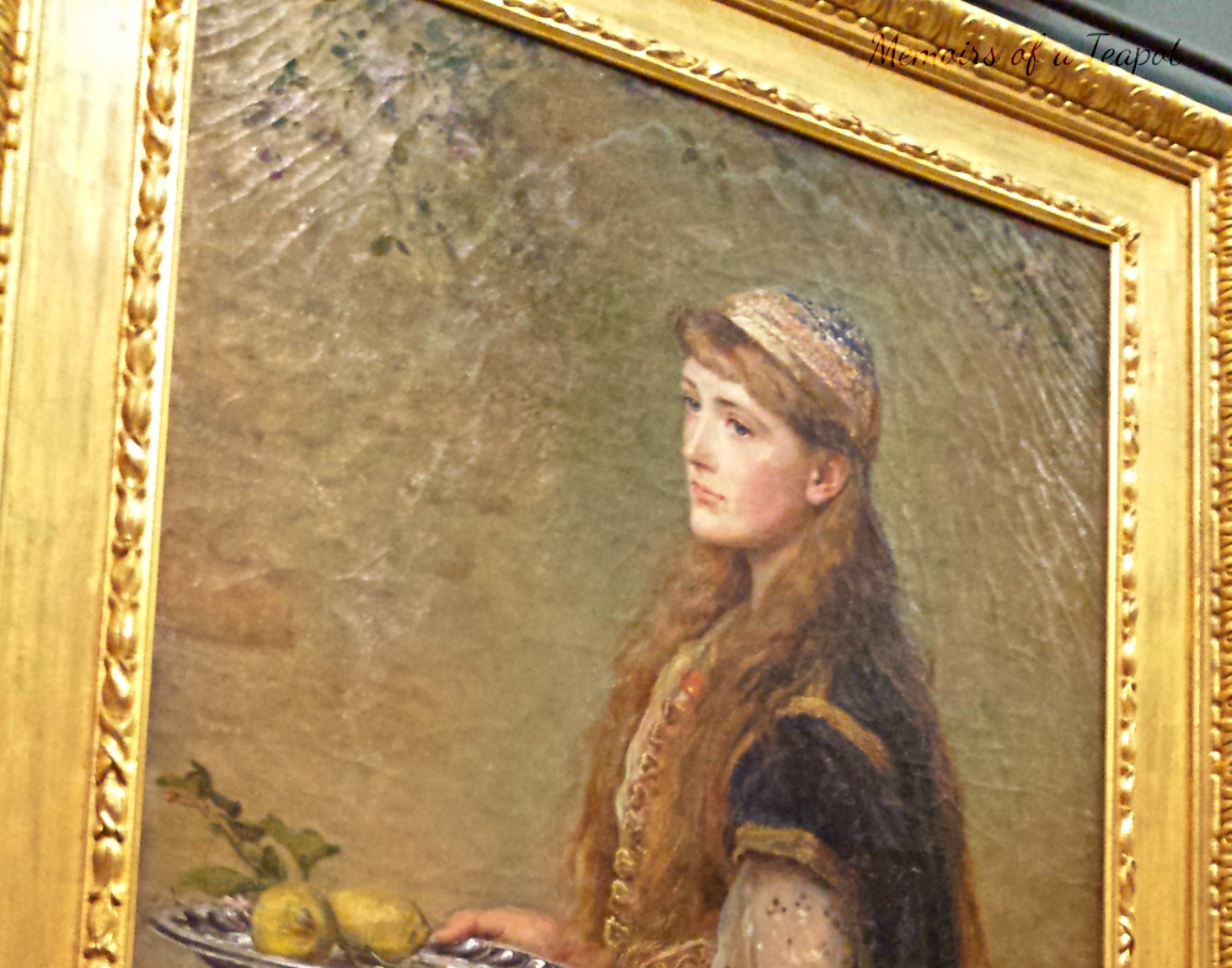 Have you seen this painting before? I was wandering through the Art Gallery of NSW a couple of months ago and this one caught my eye. It’s incredibly pretty and, I think subconsciously, reminded me of a character from a fantasy book! So I crossed the hallway to have closer look.

Called ‘The Captive’ and created in 1882 by John Everett Millais, the label belied my notion that this lady was a character of fiction. Instead her name was Ruby Streatfeild and her family used to be the owners of a castle in Kent. So I felt right on one score at least, if a castle was involved, this painting was close enough to fantasy for me!

I was pretty surprised though when I saw the name of ‘The Captive’ in this portrait. It turns out one of my close friends might be a distant relation of this lady! Who would have figured?! 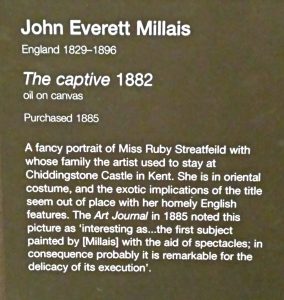 Anyway, the presence of a castle in the history of this painting and the possible personal links to the lady in the picture were more than enough to inspire me to dig a little deeper.

The Streatfeild’s lived at Chiddingstone Castle, Kent. Ruby had several siblings including an older sister Violet five older brothers. She also had a younger sister and brother, Ivy and Philip. Her parents were Lt. Col. Henry Dorrien Streatfeild and Marion Smith. Originally the ancestors of this family lived in a Tudor style house but it was renovated and re-established as a Castle under another Henry Streatfeild, Ruby’s great grandfather.

Ruby herself was born in November of 1866 which means that she was around 16 years of age when her portrait was painted in 1882. 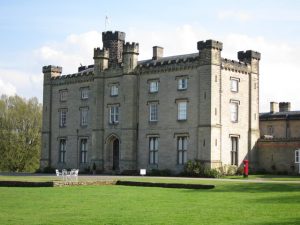 Her painter, John Everett Millais was English born whose career included portraiture and illustrations for books and magazines. He even created the illustrations for a book of poems composed by Tennyson in 1857. Later in 1881 – one year before painting Ruby – he painted a portrait of Tennyson himself. ‘The Captive’ was bought by the NSW Art Gallery in 1885; the same year that Millais was awarded a Baronacy.

After I had written this post, I wandered why Violet, Ruby’s sister did not have her portrait taken. A census for the year 1881 indicated that her older sister had passed away. Perhaps that is why the Streatfeild’s had Millais paint Ruby’s portrait.

I am still intrigued by the name of this painting and its theme – I wonder what inspired it? 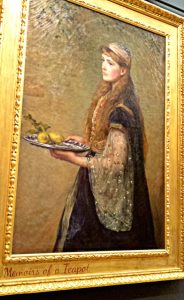