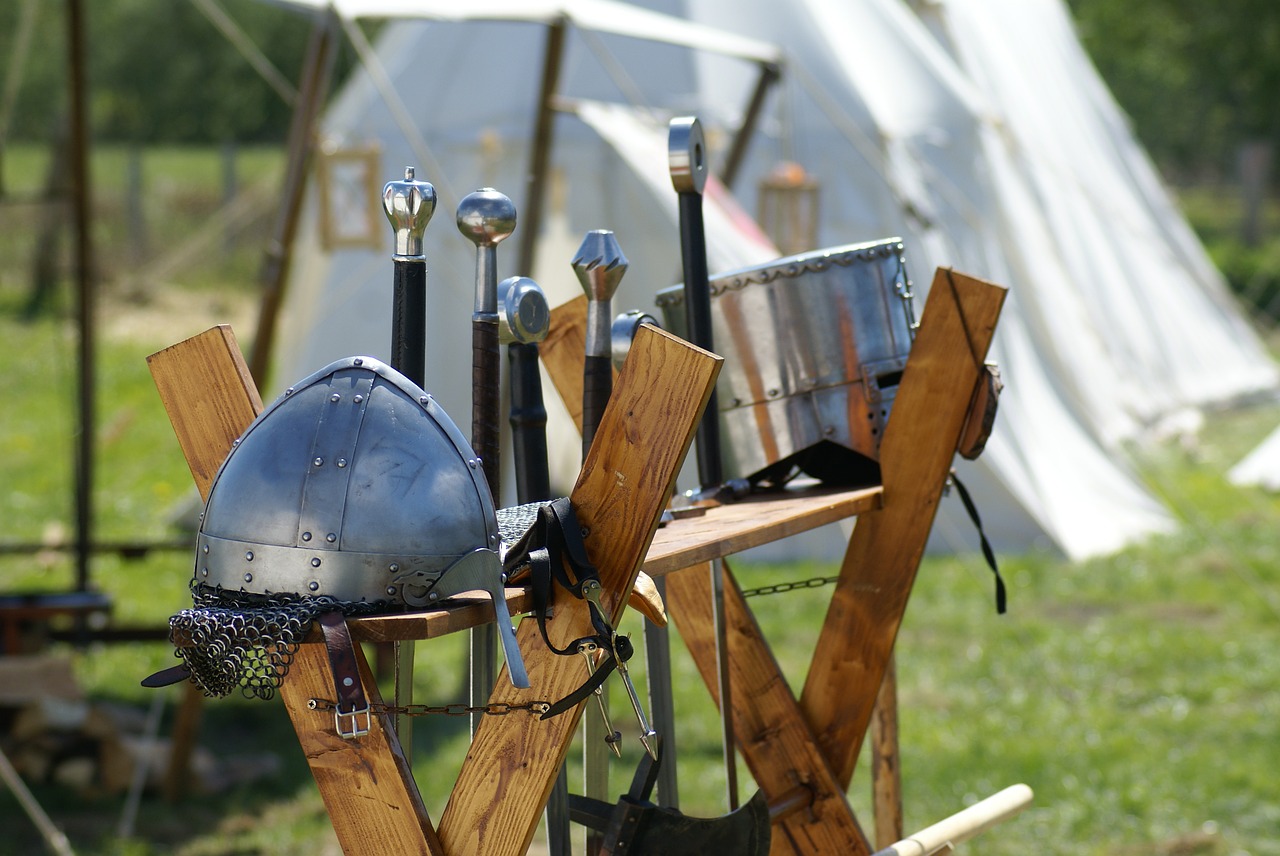 On a drizzling September day two years ago, I headed to the St Ives’ Medieval Faire. Crazy medieval enthusiast? Yes, yes I am. But I will note for the record that I did not dress up – although I certainly admired the costumes of those who did! Run over one whole weekend in September every year, the Faire attracts historians and reenacters, but also plenty of enthusiasts and families. There’s certainly something exciting about arriving to the sound of a town crier calling out the day’s events in ye olde tongue!

What can I do at the St Ives’ Medieval Faire?

The main event of the weekend is the jousting tournament (more about Medieval Jousting coming to the blog soon!). The competition is run over Saturday and Sunday in four bouts, with two to see each day. Make sure to go on a Sunday if you want to see the final! A great deal of excitement is generated when a lance is broken on an armour covered competitor or when a knight is knocked off his horse with a well planted blow of the lance!

There are also several shows and displays in the main arena. I certainly didn’t get to see all of them though! The Birds of Prey show displays the prowess of a variety of birds such as the falcon which was used for hunting in the medieval period. You can witness knights in full plate armour battle it out in small groups or one on one using a variety of medieval weaponry (the Knights Foot Tournament). If large scale combat is more your interest, make sure to see Viking Battles reenacted. You will be able to see how a shield wall works and the result of a rushing at the enemy en masse: only a few are left standing! 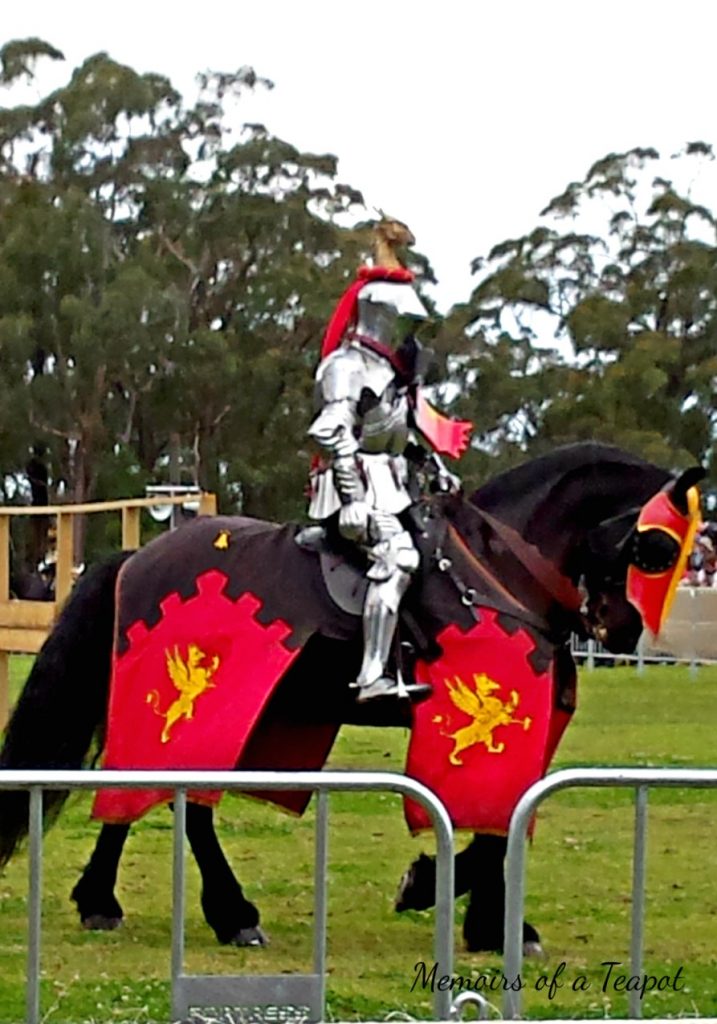 A Seige Engine and a Medieval Village

I would also recommend going to see the firing of a trebuchet made by a reenactment group from Ballarat. A trebuchet is a type of medieval catapult involving a sling and counterweight. Used during sieges, a trebuchet could cause great damage to castle walls by throwing massive stones over great distances. It could also be used to strike fear into those inside a castle when used to throw the heads of dead soldiers inside the walls! In my case, I got to see this trebuchet throw a massive watermelon. It certainly caused a sensational mess within the showgrounds!

There are also plenty of things happening in the medieval camp, just across from the jousting arena. Various reenactment groups set up stalls with a variety of objects to buy. Stoccata, a western martial arts group, conducts sword wielding duels between their members and a blacksmith keeps his fire warm with a bellows.

Why Should I go to the Medieval Faire at St Ives?

If you are interested in Medieval culture, jousting, or swordplay the St Ives’ Medieval Faire is a great event to attend! Even a drizzly day can’t dampen the enthusiasm of the reeanacters and attendees – just make sure to bring a rain jacket! The Faire is definitely family friendly and there is plenty of space near the showgrounds to park your car. If of age, you might get to sample some medieval mead, but all can try the spit roasted pork! This event not an everyday experience by any means. It’s certainly something I won’t forget in a hurry and I’m keen to visit another medieval festival sometime soon. 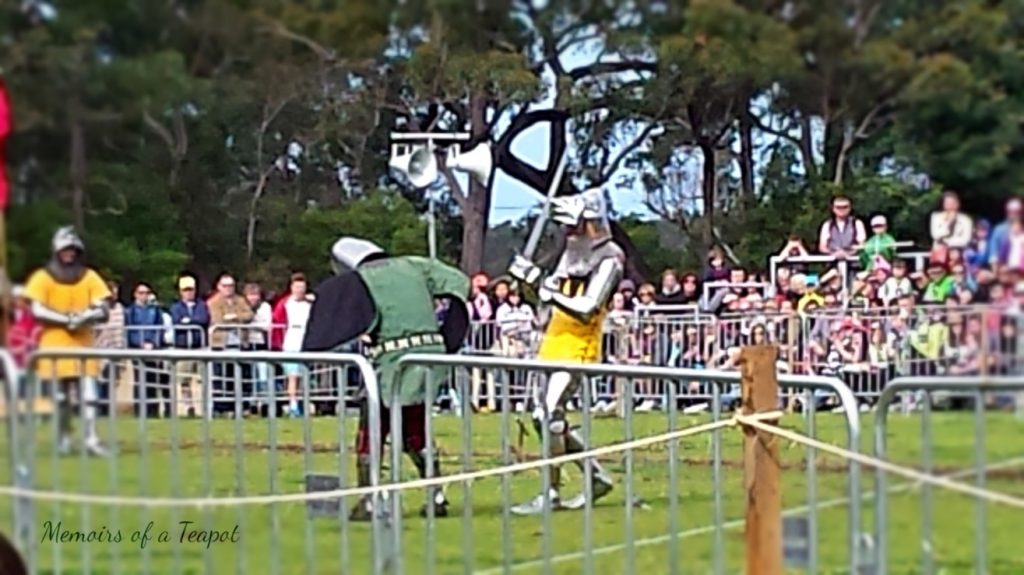 For more information about the St Ives’ Medieval Faire click here. Been to the Faire yourself? What did you enjoy the most?

The Age of the Regency