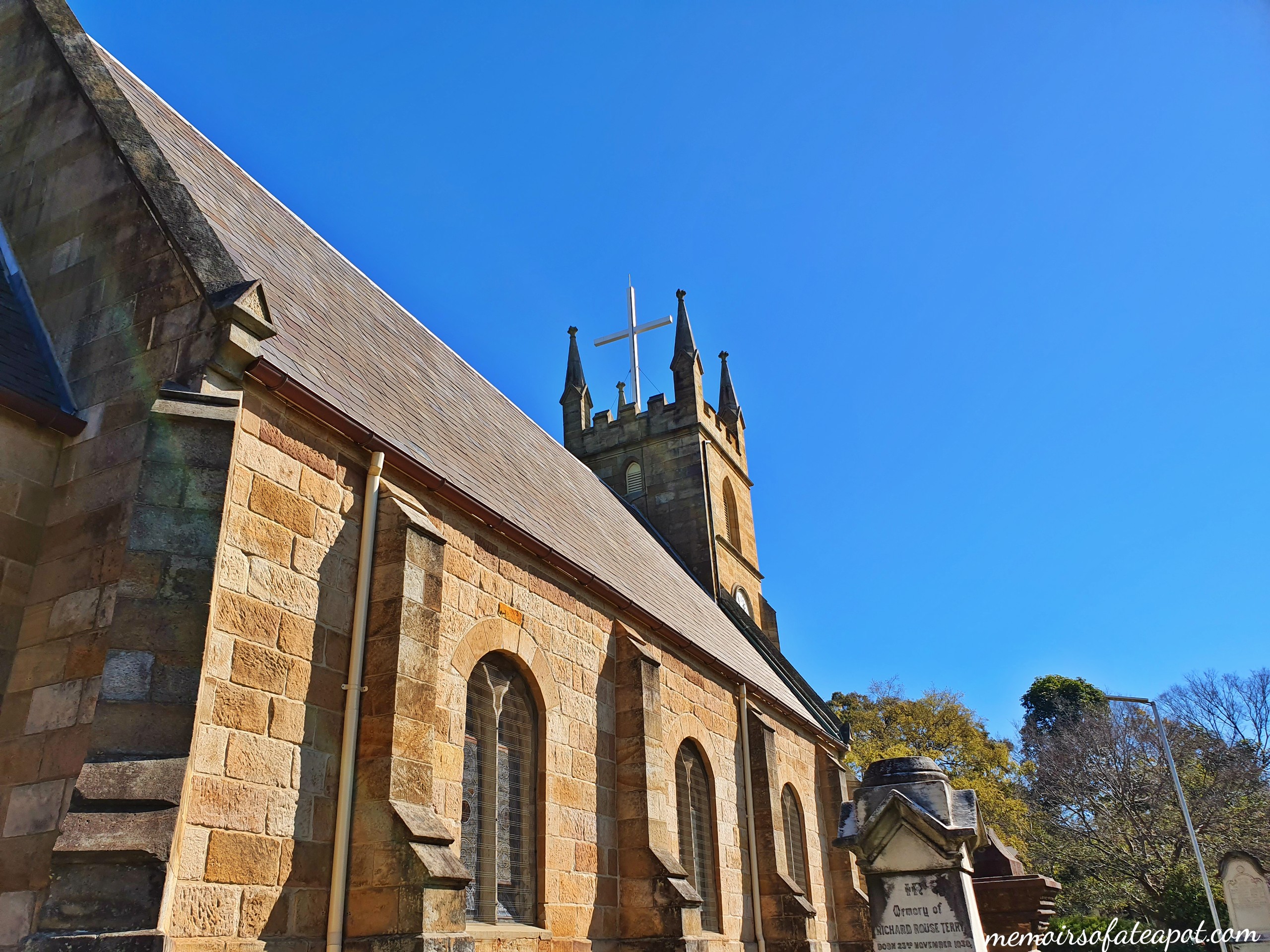 A couple of weeks ago, I had the pleasure of visiting a beautiful old sandstone church in Ryde called St Anne’s. The church and its churchyard is located on Church Street and is complete with a tower, slate roofs and stained glass windows. In 1826, construction began and continued over time so that by 1861-2 the tower was added. Initially the church hosted a local school.

In terms of the church building itself, I admired the slate roofs and the slate at the back part of the building which is topped with slate that looked significantly older than the front section. I wonder if they are dated to 1826 or whether they’ve been replaced at a later date? Something else of note; on the tower do you see the two different clocks? How strange! 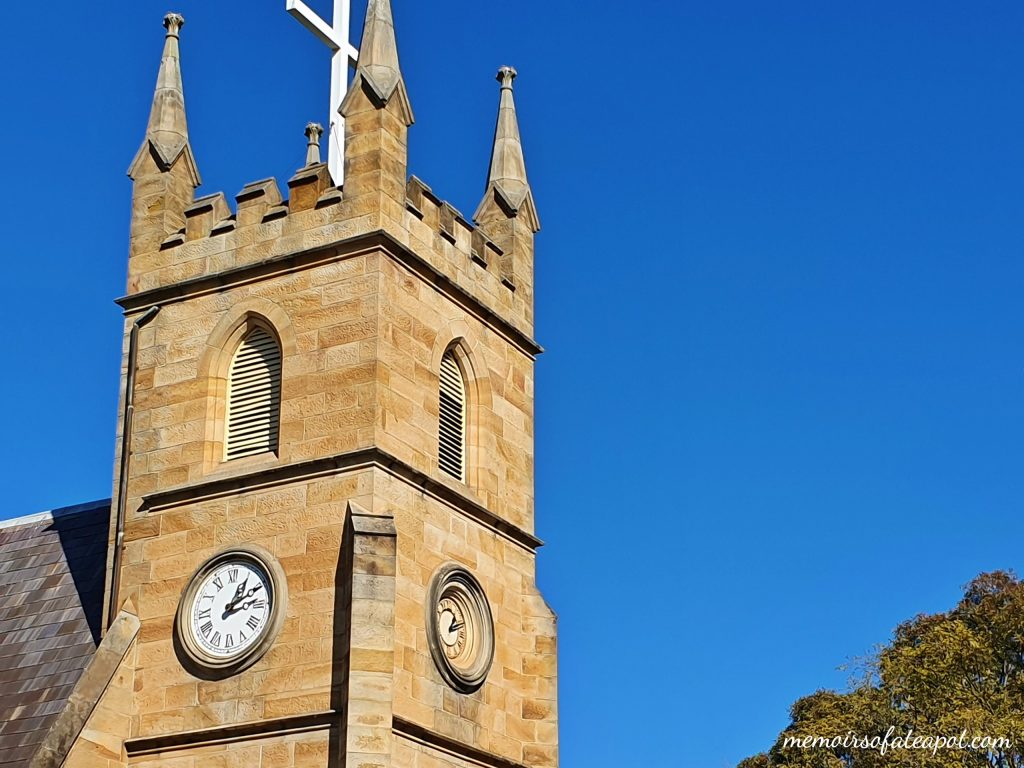 I spent some time wandering around the churchyard and looking at the many weathered gravestones and memorials. Most are almost or completely eligible and some look as if they have been moved and relocated in their current spot in the churchyard. Yet others have the diagonal slant I associate with long exposure to the wind. It is a very picturesque place! It is also quite peaceful on a lovely bright and sunny day under an expanse of blue sky.

On one gravestone (one I somehow managed not to photograph!), there is a later addition. In 1991, the Association of First Fleeters added a metal plaque to this stone to record the details of the deceased for posterity. Clearly some of the people commemorated in this graveyard travelled to Australia on the First Fleet in 1788! More on that later…

According to the information panel that I found near the front gate, this churchyard contains the memorials or gravestones to several noteworthy people including;

“Maria Ann (Granny) Smith, a local midwife, who is credited with the discovery of the Granny Smith apple. Others include the Blaxland family, Henry Parkes’ wife, and Rev. William Henry.”

The Blaxland family mentioned here refers to the relatives of Gregory Blaxland a free settler. In 1813, Gregory joined William Wentworth and William Lawson in the first successful European crossing of the Blue Mountains. Henry Parkes is known for his significant involvement in Australian politics and for his support of Australian Federation which occurred in 1901. His wife mentioned here is Lady Eleanor Parkes, his second wife of three. Finally, Rev. William Henry is commemorated as the first Christian to preach in the area of Ryde in 1798. 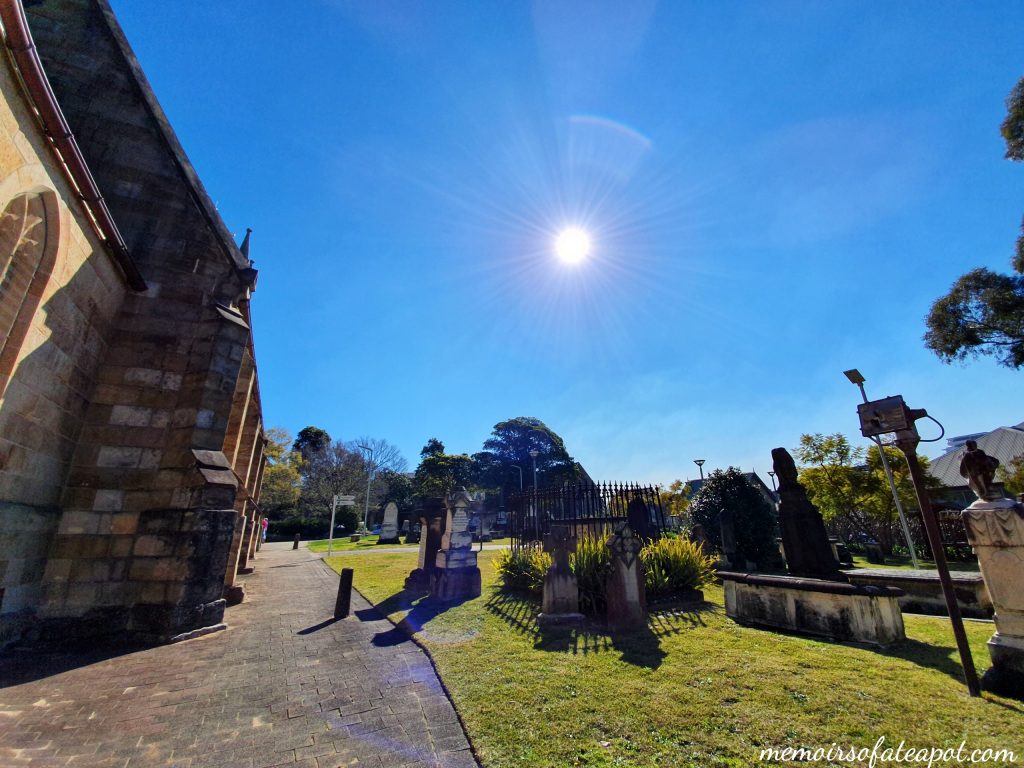 If you’d like to know more about the heritage and history of St Anne’s Church, Ryde check out Environment NSW. I also used the Australian Dictionary of Biography as part of my research for this post.