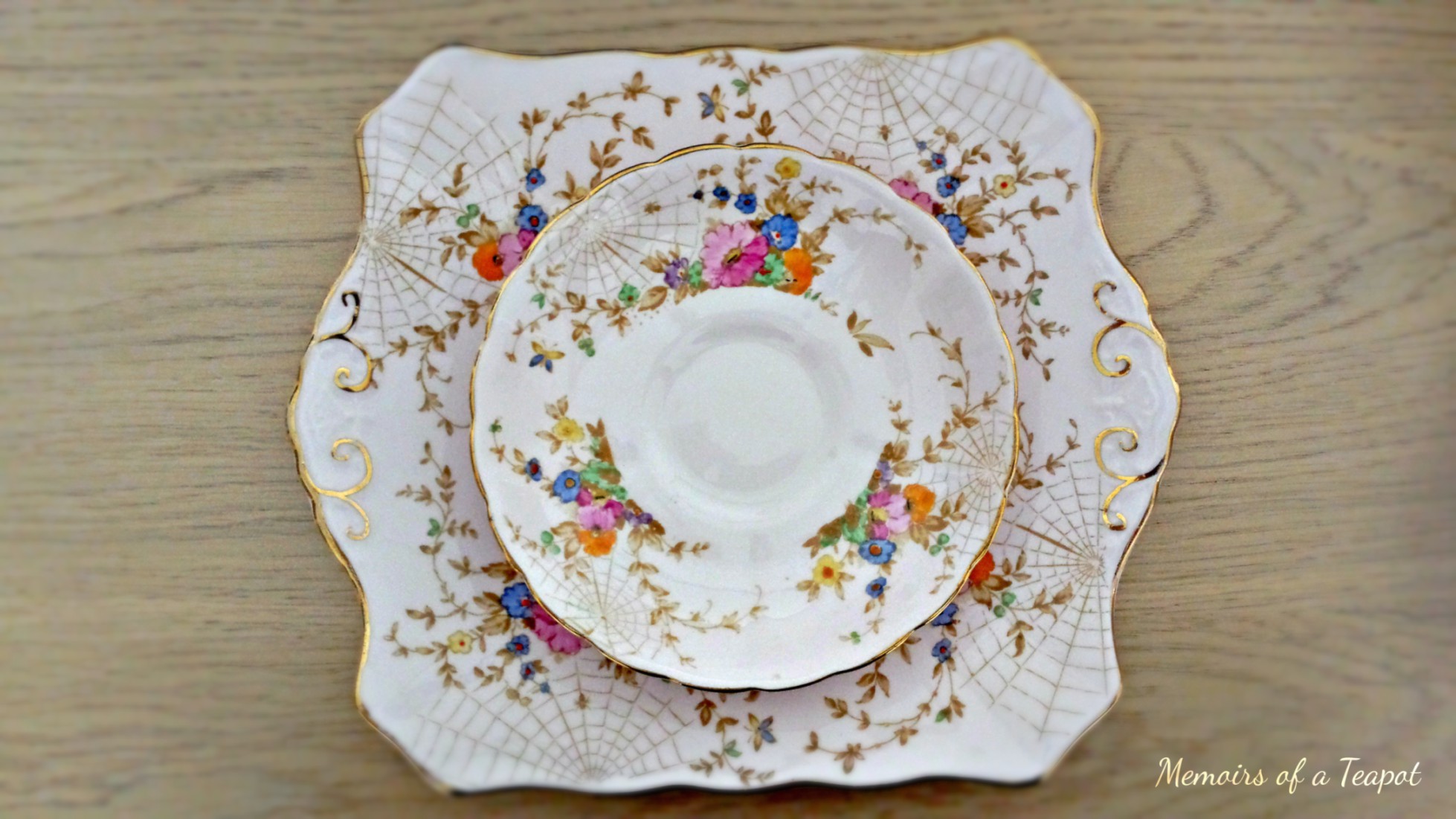 One of my recent posts was about a lovely tea set created by Tuscan China in the mid 1950’s. {If you missed this post, you can find it here} While the monogram on the set is pretty intriguing, the first thing I always notice about any piece of ceramic is its decoration! When you look closely at this one you can see that it’s gilded and decorated with fine golden spider webs, flowers and the occasional spider. The china itself is a blush pink colour called ‘Peach Bloom’.

It’s beautiful; but what more can we find out about this tea set from its decoration?

Only one saucer of the entire 21 piece set records the pattern number and it’s up for interpretation. Written in gilding above the monogram, my best guess is: 7139N. Although it could also easily be 7139H! Without an Anthony Horden’s catalogue or similar, this lead hasn’t got me very far in terms of finding out more about the pattern.

But you can tell a lot about pattern and design from newspaper adverts. Heading straight for Trove, I found adds for Tuscan China in several Australian newspapers from the 1930’s to the 1950’s. These included quite a few images as well. Comparing these pictures of Tuscan China across the decades, I found that the shapes of each piece don’t change very much at all! But why is that? 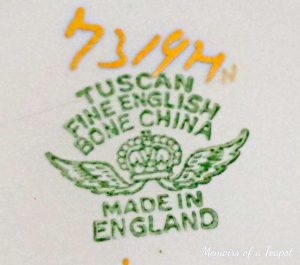 By 1950, the patterns and shapes of British ceramics as a whole, were following the same lines as that of the 1930’s and before. The industry had stagnated and the feeling was that Britain was falling behind in creating ceramics that were contemporary and competitive.

But British companies had a pretty good excuse for that! During World War Two, government restrictions had been placed on all British china companies forcing them to keep their produce simple. With rationing going on across the country in support of the war, it would be unseemly for British companies to be creating new and ostentatious designs.

These restrictions were not lifted until the middle of 1952. But prior to that, the Council of Industrial Design attempted to encourage new life into the British ceramics industry through holding the Festival of Britain in 1951. Several significant companies were asked to experiment with new designs to display in the Festival with Tuscan China being one, along with Wedgewood and Susie Cooper.

Looking at the Spider-Web set, its fairly clear it didn’t benefit from the Festival. But personally, I like it that way. It’s traditional; delicate, graceful and pretty. 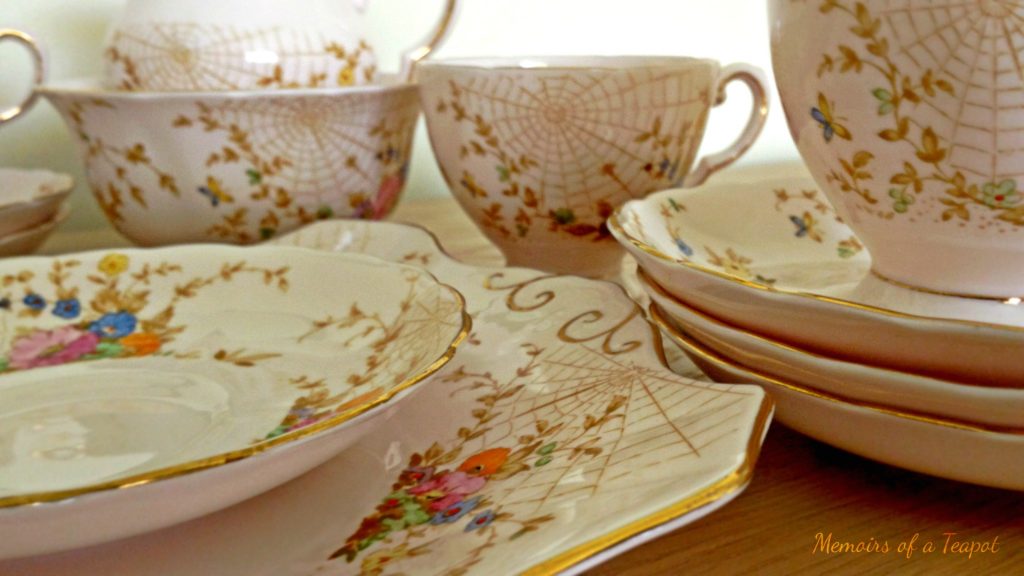 'Versailles: Treasures from the Palace' Exhibition

How to Design an Armchair in the 18th Century