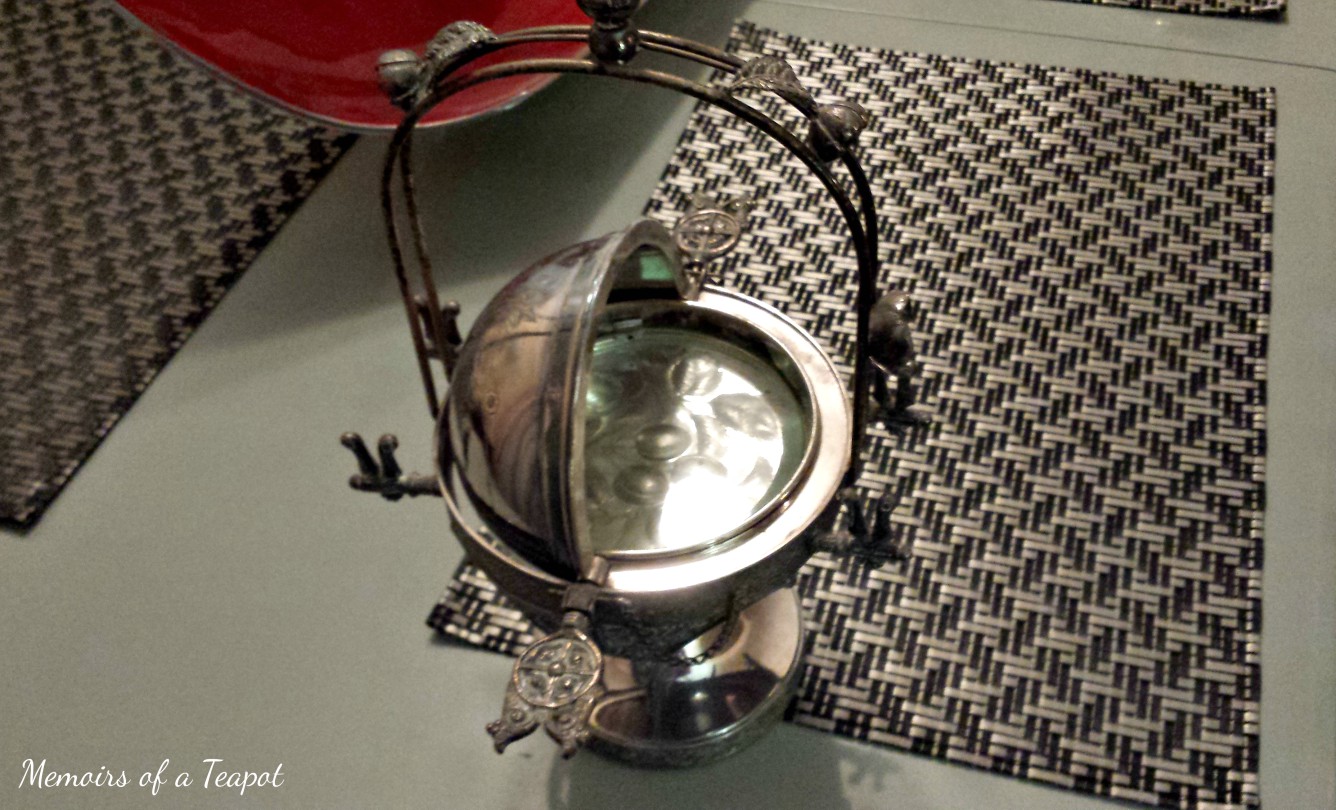 This object is silver-plated and has a revolving domed lid turned by two ornate handles on either side. It is engraved with a flower pattern and has a glass dish under the lid where you would place butter. This object has been passed down through generations of an Australian family who currently live in Sydney. But it wasn’t bought there, it came across the sea from Ireland. But did it start its life there? 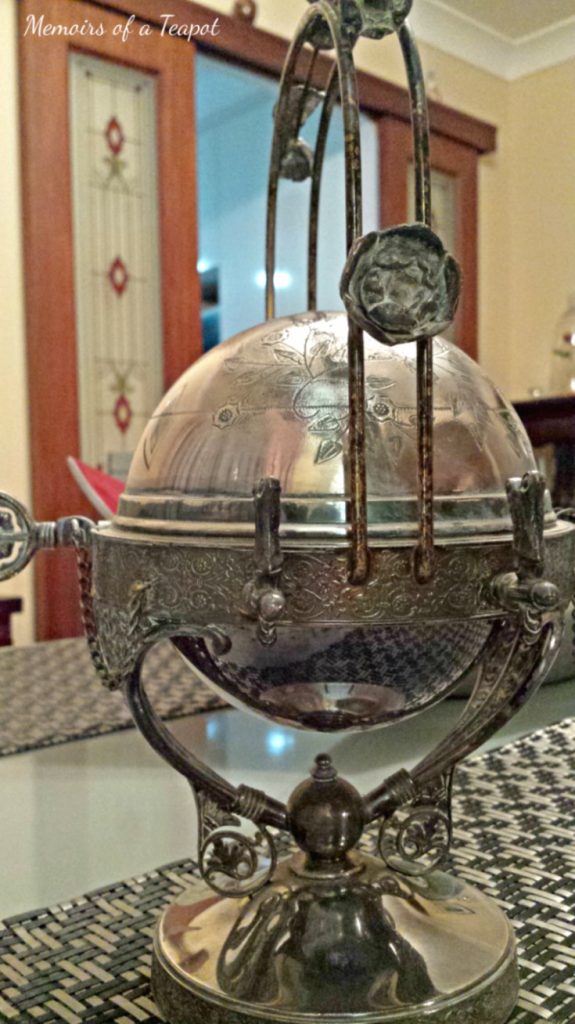 Digging Deeper into this Object’s Past

According to the maker’s mark on the base of the butter dish, it was made by the Meriden B. Company. This company was based in the town of Meriden in Connecticut, USA. The company was founded in 1852 by brothers Horace and Dennis Wilcox. Producing silver plated ware, they also had stores in Washington, Canada, and London to name a few.

In 1898 Meriden B. Co. merged with a variety of silver ware businesses to form the International Silver Company. During the 19th century, silver was in high demand. But after World War Two this demand did begin a slow decline. Perhaps due to the dramatic decrease of household staff who would have been in charge of polishing it!

What does the ‘B’ Stand for?

The ‘B’ in Meriden B. Company stands for Britannia. But this isn’t referring to Great Britain! Britannia is a type of metal containing a specific ratio of tin, antimony, and copper. The Meriden B. Company used this metal alloy as a base for most of their silver plate wares.

In the 1830’s a new type of silver ware was created: electro-plate. Electro-plate uses electric current to fuse a thin silver layer onto a metal base. The product is created in a base metal, in this case Britannia, and is then dipped in a solution of potassium cyanide. Through this, an electric current is passed so that the silver adheres to the base. This process can also be carried out with gold. I think that it is highly likely that this butter dish is electro-plate. 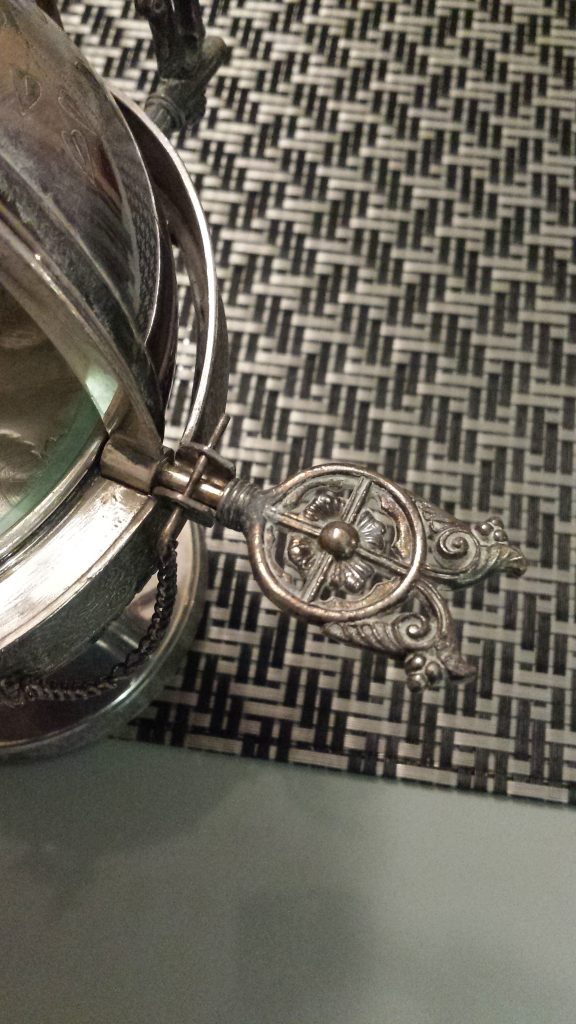 How Old is this Butter Dish?

As the Meriden B. Company set up business in 1852, this butter dish must be younger. The fact that this company also merged into the International Silver Company in 1898 means that we could have a time window of 1852 – 1898. Unfortunately, even after merging into the International Silver Company, some Meriden B. Company marks were still used up until the 1930’s.

To try and narrow down the date, I had a look at an 1883 Catalogue and Price List booklet (pp. 32-35) for Meriden B. which includes a variety of butter dishes. Unfortunately, none of these exactly resembled our butter dish! But there were a few which were tall and decorated with high vaulted handles. Though a similar style, these didn’t have a revolving lid. Instead, a chain passed through the lid and the handle which allowed the lid to be raised or lowered over the butter dish at will.

Why this Butter Dish?

You might be wondering why I chose to do a blog post on this butter dish. Well for one, it certainly is much more extravagant than what we might use today! This dish is also most likely an example of electro-plate silver ware which was very popular during the 19th century; an era when there was a large proportion of people employed as house staff who would spend a great deal of time keeping silverware in a pristine condition.

It also comes from the time of ice boxes, long before refrigerators were a common sight in our kitchens. Speaking of which, this butter dish also has a very nifty cooling function. In order to keep your butter cool while serving the tea table, the glass dish can be lifted out and ice placed in the hollow section below!

Do you have an interesting butter dish at home? What is special about yours? Please comment below! 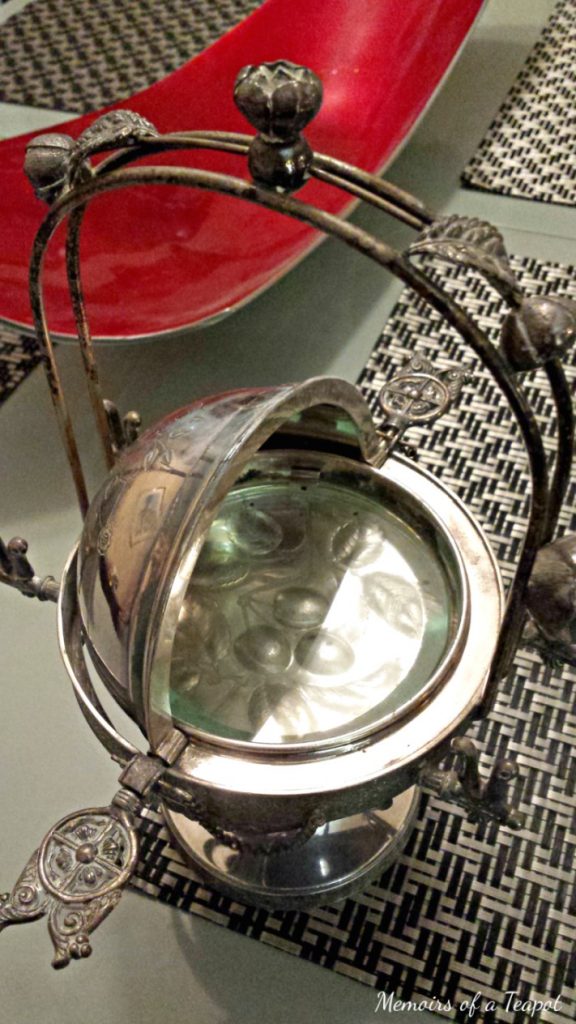 “Hinges, hooks, and a popular ‘revolving” lid were introduced. By the 1900’s, the butter dish had become reduced in form to a simple dish with a removable drain and a domed cover.”