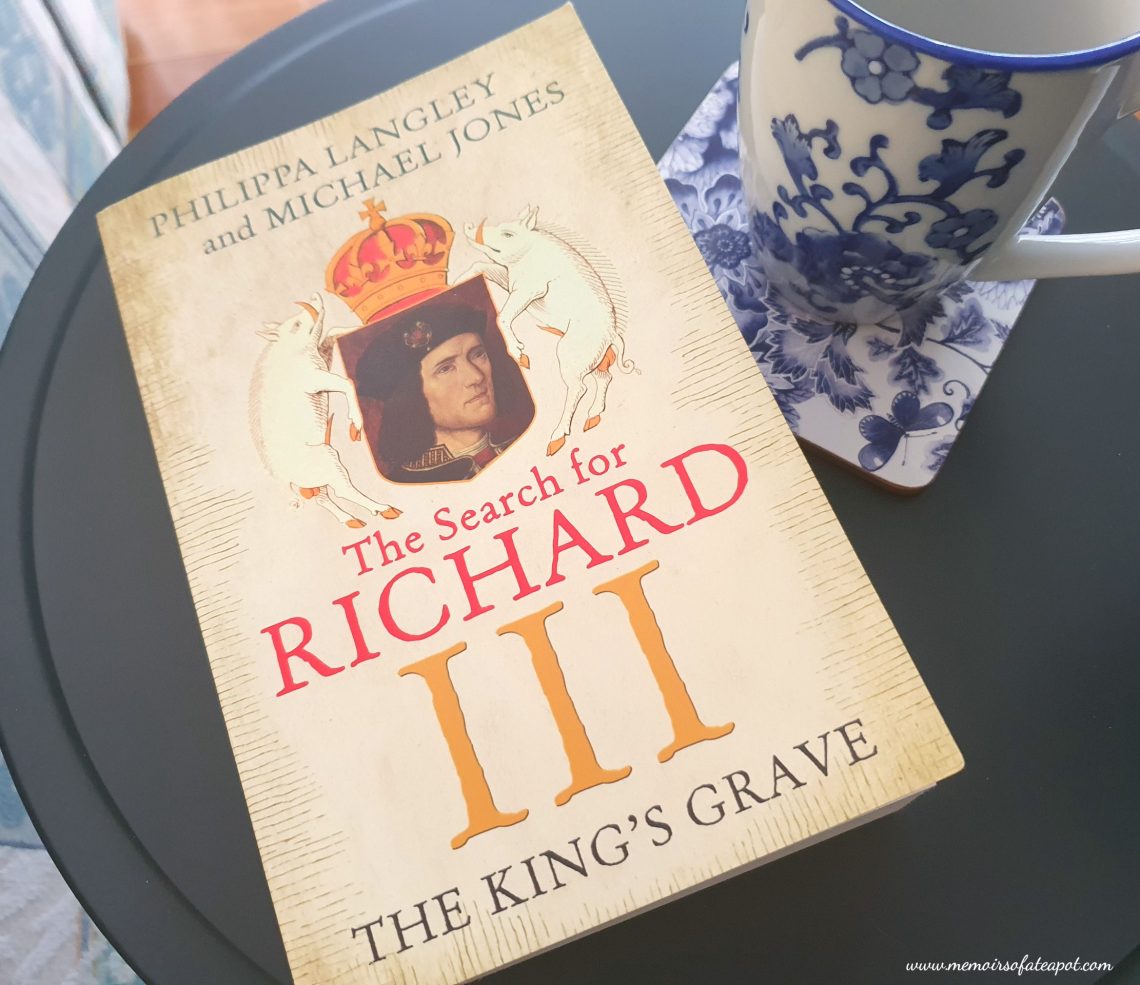 The Search for Richard III is a retelling of the 2012 discovery of King Richard III of England buried in a carpark. It is co-written by by Philippa Langley and Michael Jones. I was delighted to find a copy hidden in a second hand book shop in Canberra and gave it a new home on my bookshelf! The Search for Richard III was my final read of 2020 and I am looking forward to share my thoughts about it with you.

Richard III was the last King of England from the Plantagenet dynasty (read more about them in Dan Jones’ book Plantagenets). He was also the last English king to die in combat. We know from written records that Richard died in the battle of Bosworth Field killed by Henry Tudor’s soldiers in the last battle of the Wars of the Roses. Afterwards Henry VII became the first ruler of the Tudor dynasty that reigned until the death of Elizabeth I.

After his death, Richard III was increasingly vilified as the Tudors attempted to secure their claim to the throne. Tudor authors cast Richard as evil, power hungry, and the murderer of his two nephews; Edward V and his younger brother. In Shakespeare’s play, Richard is depicted on stage as a stooping, Machiavellian monster who had absolutely no right to be king based on law or on character.

Despite Richard’s infamous legacy, his body’s final resting place was unknown up until 2012. The written sources record that he was buried at Greyfriars Church in Leicester which has been long lost. Author Philippa Langley is a member of Ricardian society which argues that Richard’s story should be re-evaluated. After extensive research Philippa believed that she knew where to find his burial. In The Search for Richard III, Langley tells us about her research process and her personal journey as she orchestrated the discovery of Richard III’s remains.

Every second chapter is written by the historian Michael Jones. In these chapters, he outlines the historical evidence that survives about Richard’s life and deeds and analyses the claims made about Richard III’s personality. Jones argues that Richard was not as evil as the Tudors made him seem. But I’ll leave you to read the book and decide for yourself if you agree!

I really enjoyed reading The Search for Richard III. The book flowed easily from one chapter to the next, for the most part like a novel; absorbing and intriguing. Both authors have an easy to read written style that doesn’t complicate matters with complex sentences. Langley’s chapters are written in diary form with daily entries recording the progress of the dig. These sections give a fascinating insight into the very personal journey she undertook to find Richard III.

I didn’t know much about Richard III or the Wars of the Roses until I read this book; but I thought that it was a great introduction to them. I don’t know how, but I managed to miss the news articles about the discovery of Richard III’s remains when they were uncovered back in 2012. Now I’ve read the book, I feel like I’ve caught up! For me, the most compelling aspect of this book is the journey Phillipa and her friends took to finally discover something extraordinary that was lost to time. If The Search for Richard III was fiction, it’d be a mystery novel.

Both Langley and Jones promote more positive interpretations of Richard III than have generally been made to date. I was pleased that they both made their positive stance clear in the first chapter. This honesty allows the reader see past possible bias and assess the evidence presented for themselves. Since finishing the book, I do feel that the authors attempted to present the evidence as objectively as possible. Even so, I would like to read a book about Richard III that takes a more negative perspective of the evidence just to see if it can change my current impressions!

Should you Read it Too?

The Search for Richard III includes dairy entry chapters with plenty of dig photos which break up heavier evidence based analysis. These aspects make for a fun and fast read. It is a great book for anyone who wants an escape from the real world into the historical one.

I think it is also a good read if you would like an introduction to the pre-Tudor period and the Richard III debate. This book discusses the historical evidence for Richard’s life and reputation so that you can weigh in on the debate too. Was he actually the power hungry, scheming man that Shakespeare presented?

The Search for Richard III persuaded me that we should give him another chance rather than taking the Tudor depiction for granted. Many Tudor authors were likely influenced by loyalty or fear of the new reigning dynasty in writing their accounts. Yet even with so many negative sources, there is plenty of evidence that Richard III took an active interest in promoting justice, before and after he became king. The measures he put into place during his life benefited both the elite and the ordinary. That is certainly something about Richard III’s life that I admire.