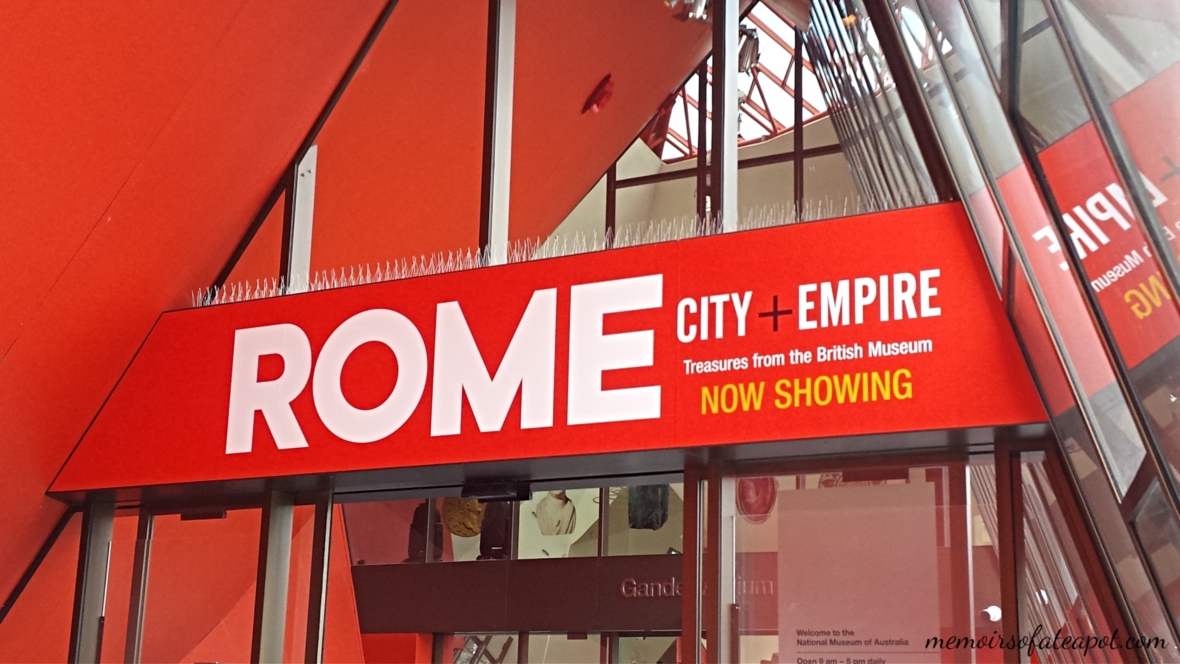 Last weekend I headed out to the National Museum of Australia, Canberra to check out their new exhibition Rome: City and Empire. I studied ancient Roman history back at uni so as soon as I saw this advertised I’d put it on my list of things to do! Let’s start off with some fast facts about the exhibition so you can visit too, and I’ll also include what I think are some of the pros and cons of the exhibition and some of my favourite objects! I would highly recommend this exhibition: it’s a fun morning/afternoon out, you can see lots of cool ancient Roman objects, and you can discover a great overview of ancient Roman history and lifestyle.

Context and Scope: 200 objects from the British Museum collection covering Early Rome, through to the Republican period, and into the Empire. Ends pretty much with Constantine the Great when the capital of the Roman empire was moved to Constantinople. Includes objects from England to Syria.

Time Taken in Exhibition: I took about 1 hour and 50 minutes. But I’m the type that reads every single information panel! 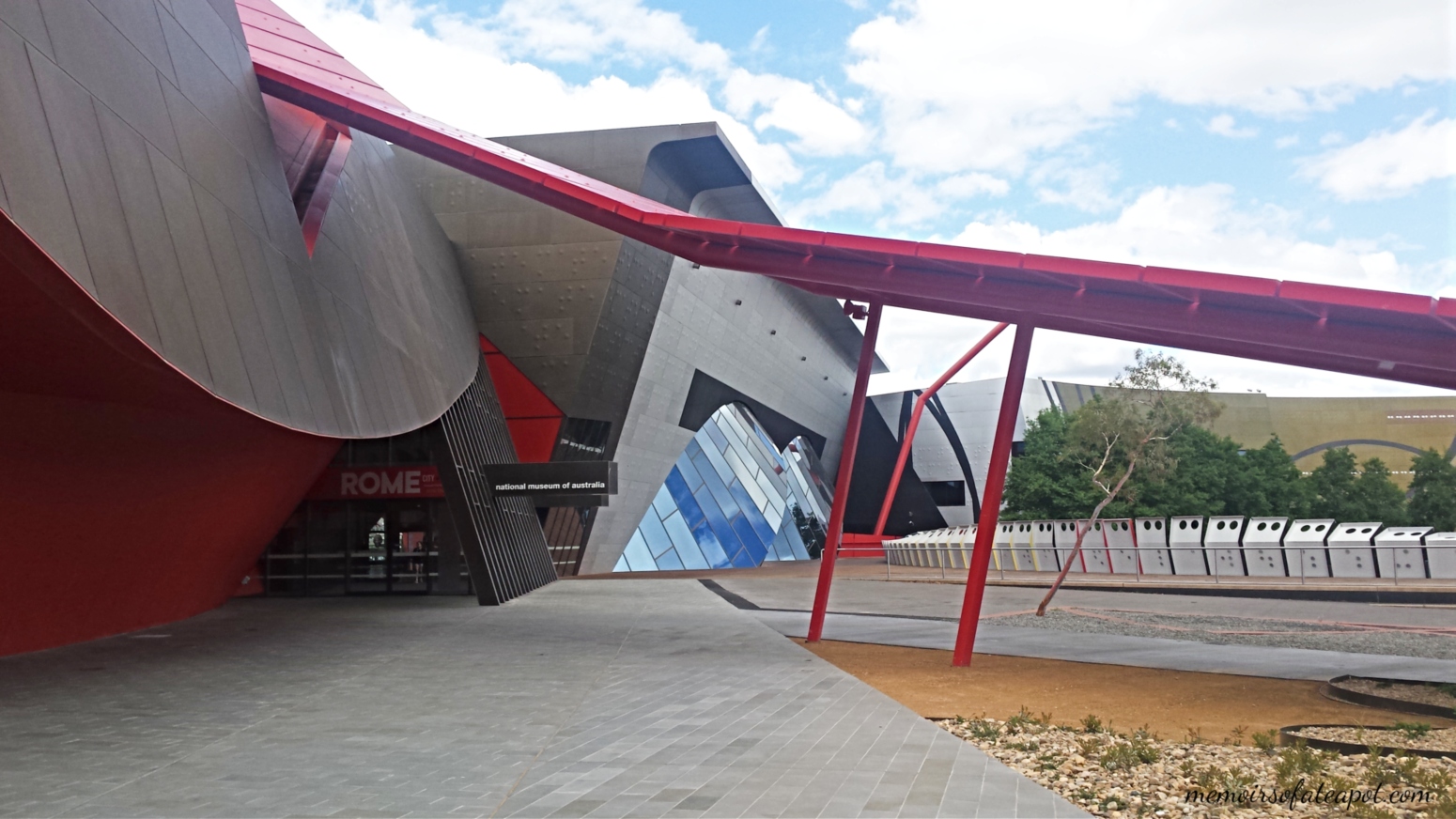 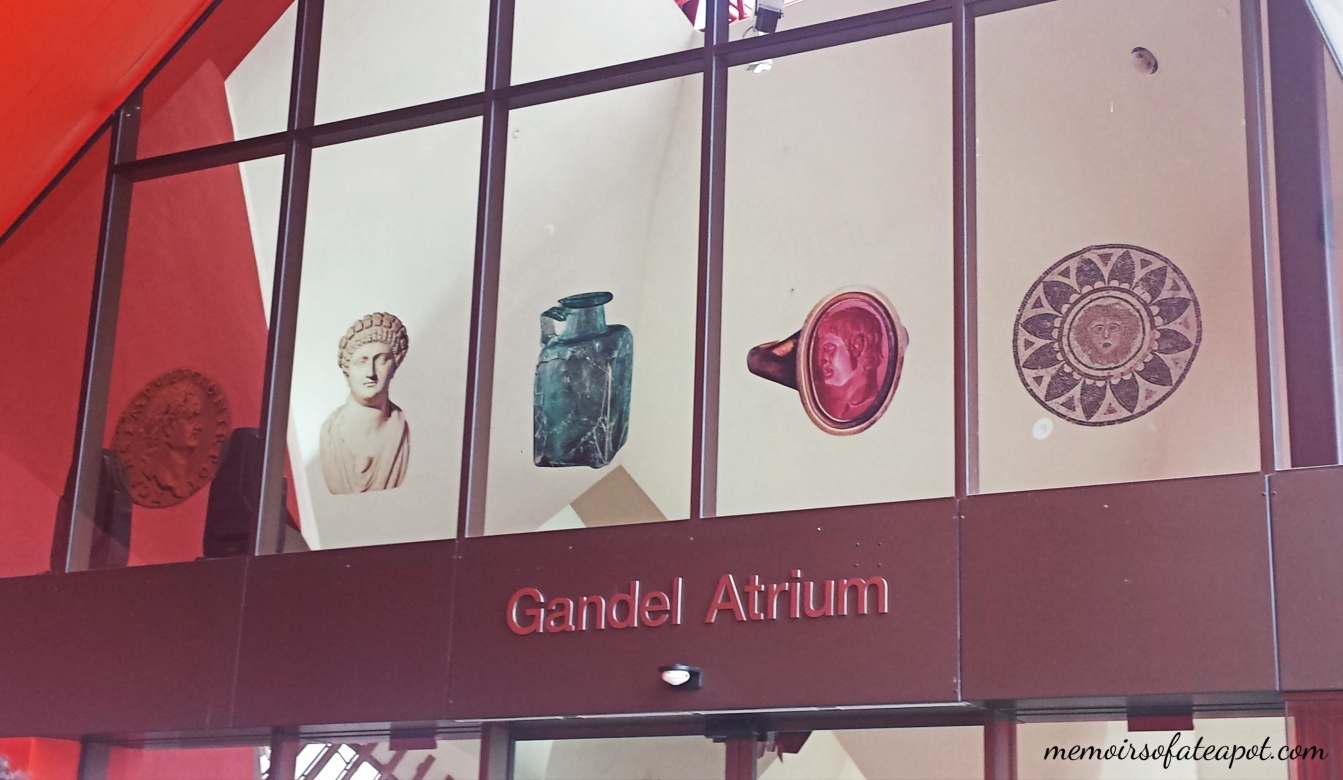 This is a bit of a toss up for me as I sorta have three favourite objects… So, the first object that really grabbed my attention was a hut urn. So called because it looks like a little hut. This ceramic urn would contain the ashes of the deceased. Why did this object strike me so much? The hut urn is an Etruscan cultural tradition that the Early Romans also took on to some extent. I have a bit of a crush on the Etruscans, having done some study a few years ago on what remains of their language.

The second object to grab me was a gladiatorial discharge ticket. Not much to look at really; it is a metal oblong with an inscription, and is only about 5 cm long and 0.5 cm wide. Despite having done a lot of study about ancient Roman culture, I had never seen or heard of one of these. Go figure! Evidence that gladiators could go free…

The third object that got me really excited was a theatre ticket. Again, it’s a pretty small and diminutive object. It’s ceramic, white, and probably a tad smaller than the discharge ticket, with a small head carved at the top. The idea that someone held onto this ticket over a thousand years ago, and used it to find their seat at the theatre excites me.

So, let me know what your favourite object was when you go to see Rome: City and Empire!

B is for Brooch Part II