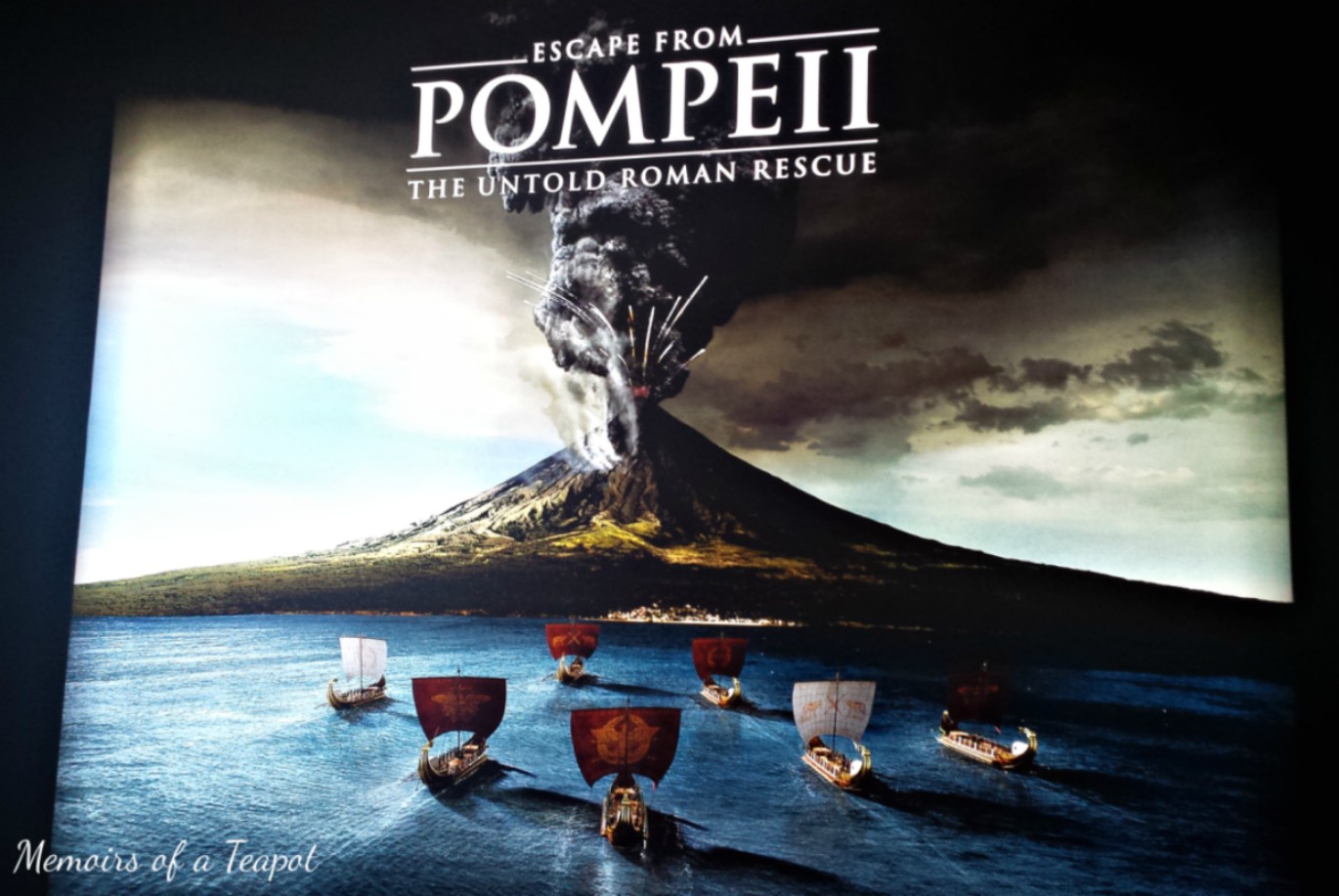 Pompeii Rescue: Navy, Empire, Catastrophe is currently on at the Australian National Maritime Museum in Darling Harbour. It is a relatively small exhibition with internationally sourced objects from the National Archaeological Museum of Naples as well as the Pompeii and Herculaneum Excavations.

This exhibition is not all about Pompeii and Herculaneum. The opening 3D film sets the scene for the eruption of Mt Vesuvius in AD 79. But once you enter the exhibition itself, it tells the story of Roman maritime trade and the Roman Navy. This provides the context for the first known navy rescue of civilians in the wake of the eruption lead by the commander, Pliny the Elder.

Pompeii Rescue takes about an hour or so to go through if, as I did, you read 70% or more of the labels! The good thing about it being small in scale is that you can take the time to look closely at the objects. In this post, I’ve highlighted a handful of artefacts from this exhibition. 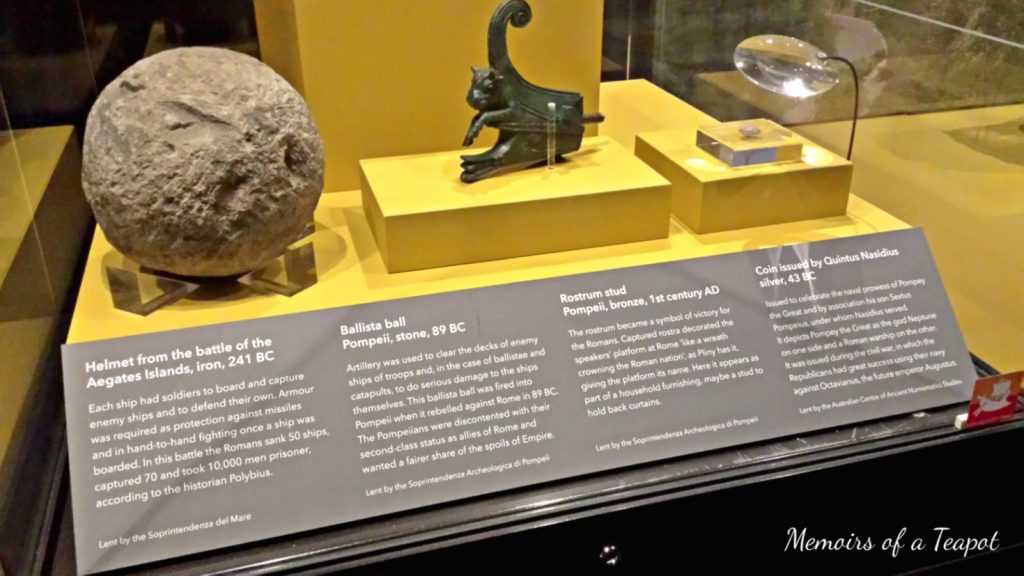 On the left, you’ll see a rather large ball. Not for playing games with, this is an example of a stone missile thrown by a Roman ballista – a type of catapult. In the walls surrounding Pompeii, there still remains the evidence of ballista ball sized holes. The damage is evidence of the siege that threatened the city following Pompeii’s revolt against the empire in 89 BC. 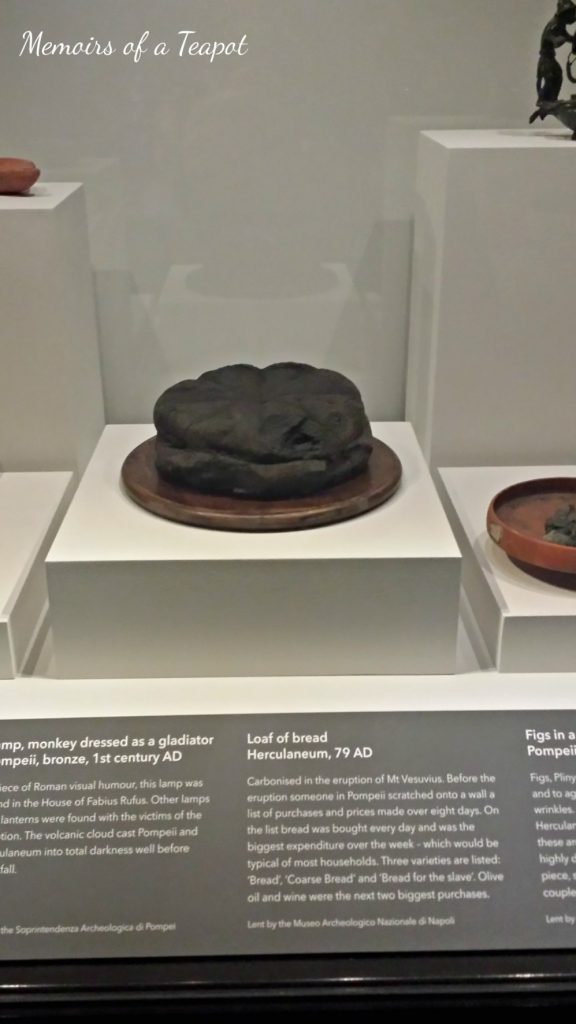 No exhibition about the cities of Vesuvius could be without such an iconic item! During the eruption of Mt Vesuvius in 79 AD, this loaf of bread was carbonised and preserved. It always amazes me to think that this loaf could have been bought by a local Herculanean for their family, had it not been for that incredible catastrophic event. Keen to find out more about how bread was made in ancient Herculaneum? Check out this video. 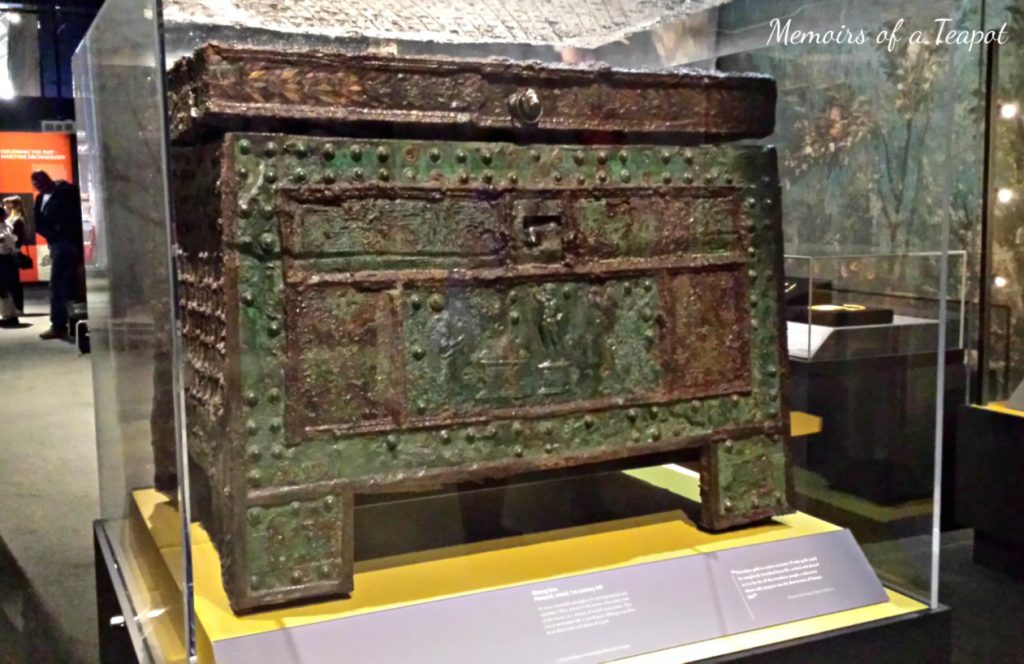 This exhibition includes mainly small to medium sized objects. So when you walk around a corner and this Pompeiian strong box confronts you, it certainly has a wowing effect! 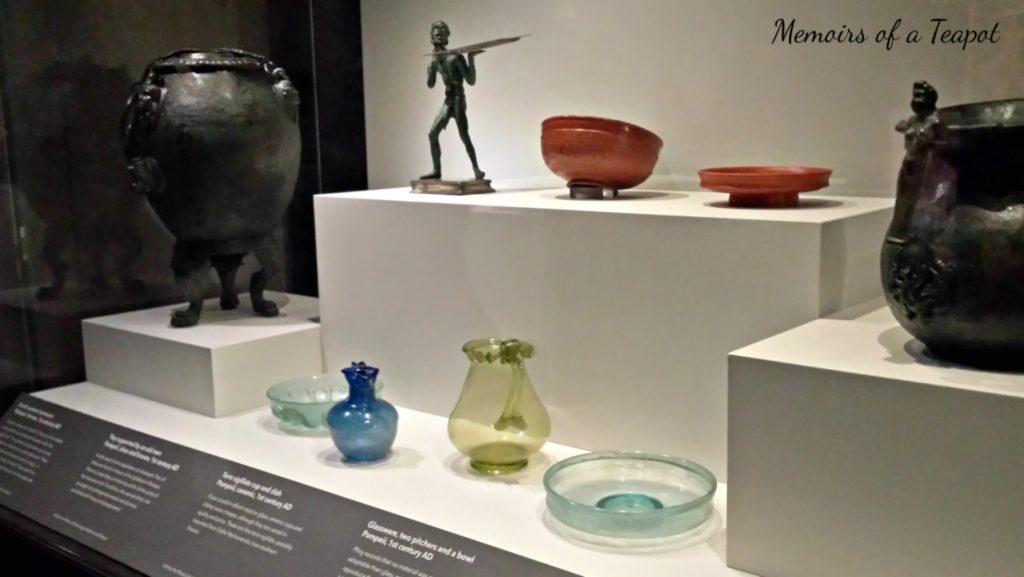 I’ve always loved ancient objects made of coloured glass – such fragile pieces of evidence about the ancient world! Here, we have a bowl and two pitchers found at Pompeii, seen as luxury items by the Romans. As an aside, this is such a lovely arrangement of artefacts! 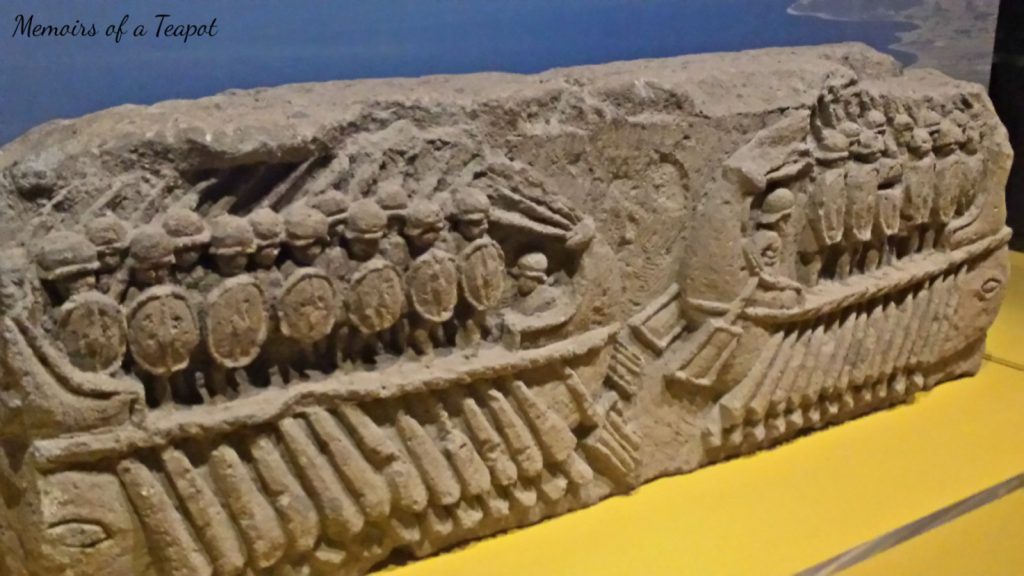 This relief depicts two ancient Roman warships and their soldiers. I found it fascinating, since it is quite hard to find physical remains of Roman warships today. Much of what we know about these ships comes from friezes and reliefs like this. In 1999, there was an amazing discovery of nine roman merchant ships – read more about this here. 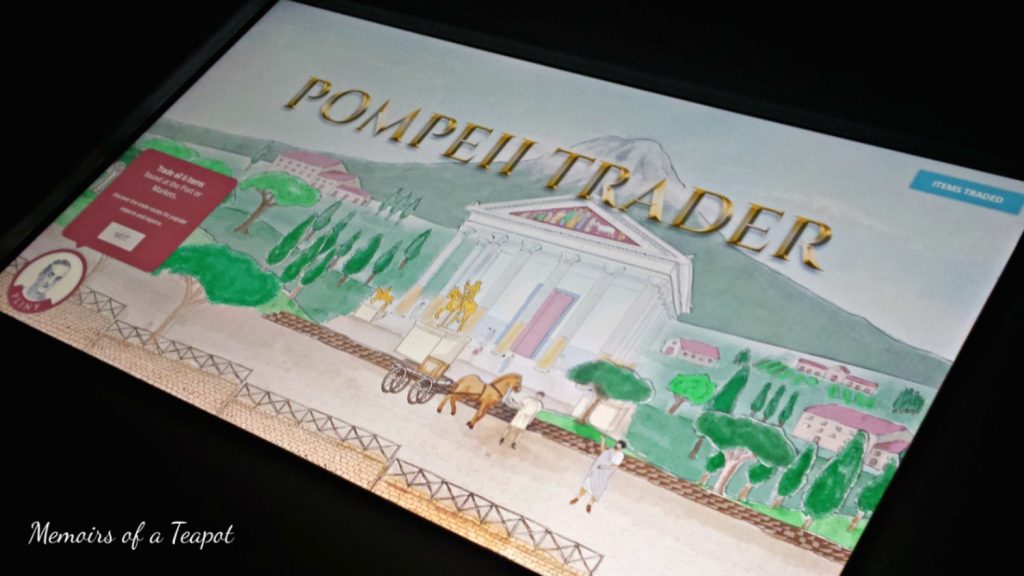 No not an artefact; ‘Pompeii Trader’ is a digital interactive from the exhibition. Often museum interactives are rather underwhelming, but this one is pretty cool. I’m sure it’s predominantly for the kids, but adults can certainly enjoy it too! In ‘Pompeii Trader’ you become an ancient merchant tasked with visiting different Pompeiian stores to stock your ship with the most lucrative trade goods. As you go through you learn about the different types of goods traded across the ancient Roman empire and beyond! Fancy some garum anyone?

Interested in Roman seafaring, the eruption of Mt Vesuvius in AD 79 and the excavations at Pompeii and Herculaneum? Pompeii Rescue is on show until the 3rd September 2017.