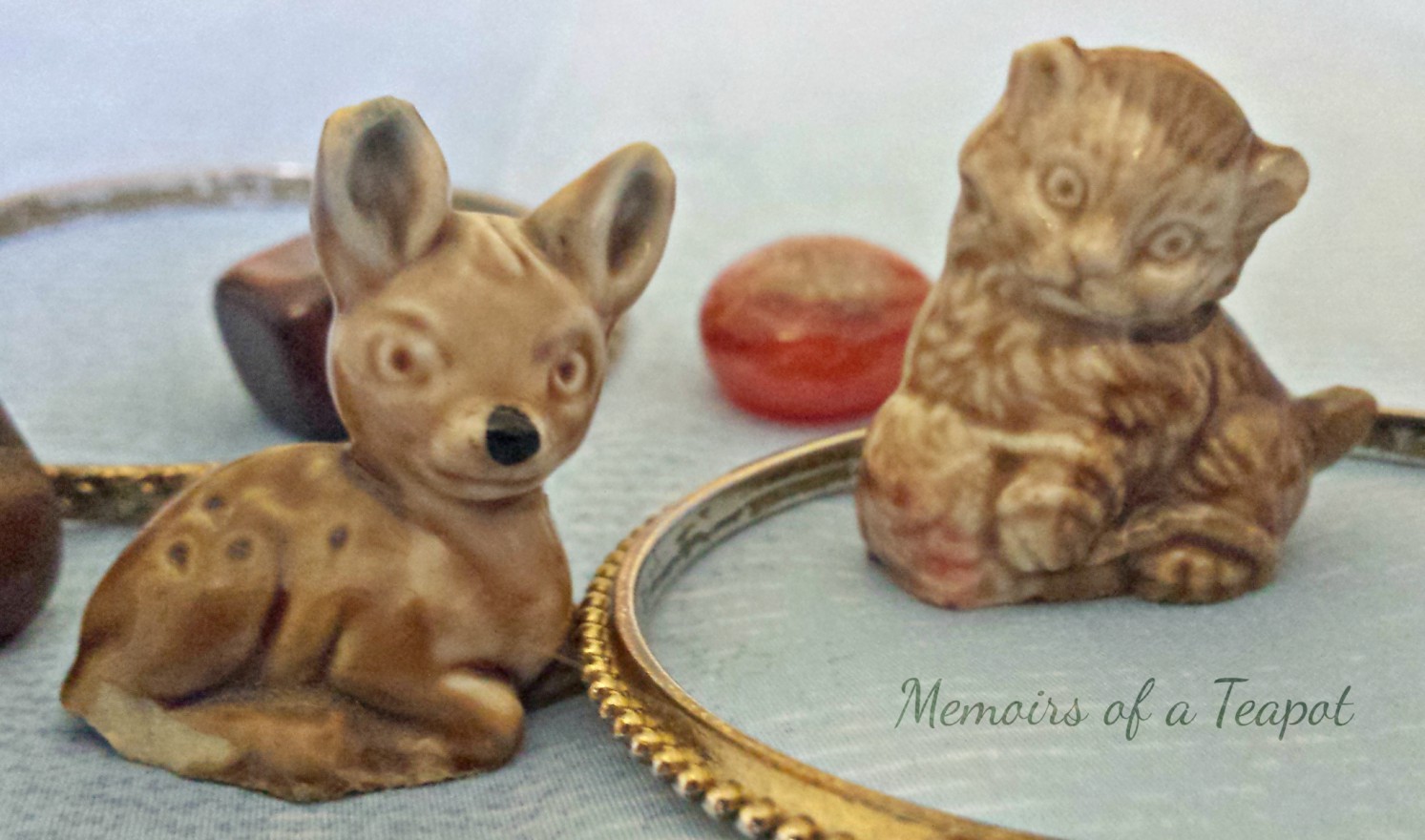 Found that you have a vast collection of ornaments? Looking at your collection, have you ever wondered where some of those ornaments came from? What was their story before they came to you?

I have two little ornaments – a kitten and a fawn. They’re my mother’s actually, just on fairly permanent loan. I was assessing my ornament collection at the beginning of this year and rediscovered these miniatures. At the time, we didn’t know anything about them; so where did they come from? Why were they made?

A couple of weeks ago I was doing some research into this gorgeous red and gold tea set. 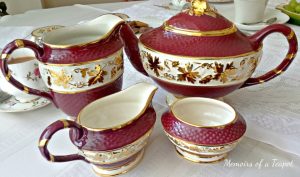 (Hang in there, this tangent is definitely relevant!)

The tea set is called ‘Rubytone’ and was made in England by Wade Ceramics in the 1950’s. To find out more, I checked out this website.

As I was casually skim reading and scrolling further down the page, to my surprise, I came across pictures of miniature ornaments just like mine! 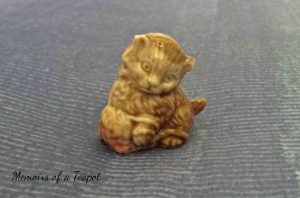 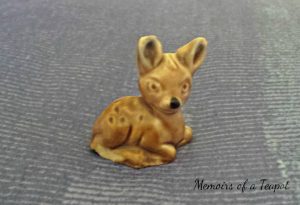 This definitely wasn’t what I was expecting to find! So I went to have a closer look at my little ornaments. Sure enough, as well as an ENGLAND stamp on the Kitten figurine, there was also a stamp bearing the name WADE on the Fawn, which I hadn’t noticed on initial inspection. With this confirmation, I began to dig into the history Wade’s miniature figurines with new enthusiasm.

Wade Ceramics have been making figurines for a long time, but it wasn’t until 1954 that the Wade ‘Whimsies’ came into being. Making these little figurines was an idea first inspired by a lady called Iris Carryer, born Iris Wade. She was the daughter of the concurrent chairman of Wade Ceramics and was married to the manager of the Irish branch. Whimsies were generally produced in sets from that time and most found their way into Red Rose Tea boxes in America and Canada.

The Kitten playing with a pink ball of wool and the resting Fawn that have been sitting in little glass cabinet since I was small, are actually part of the second series of Whimsies produced in 1971 until 1984. These miniatures were in of the first set of this series which also included a Rabbit, a Spaniel and a Mongrel.

To be completely honest, I’ve always found these figurines cute, but I never thought they’d have such an interesting back story.

Perhaps you have a Whimsie at home that you have never thought twice about? Or maybe other objects decorating your shelf could have a backstory that you would never have imagined!

Inspired? For more info check out:

If Walls Could Talk - Living Room