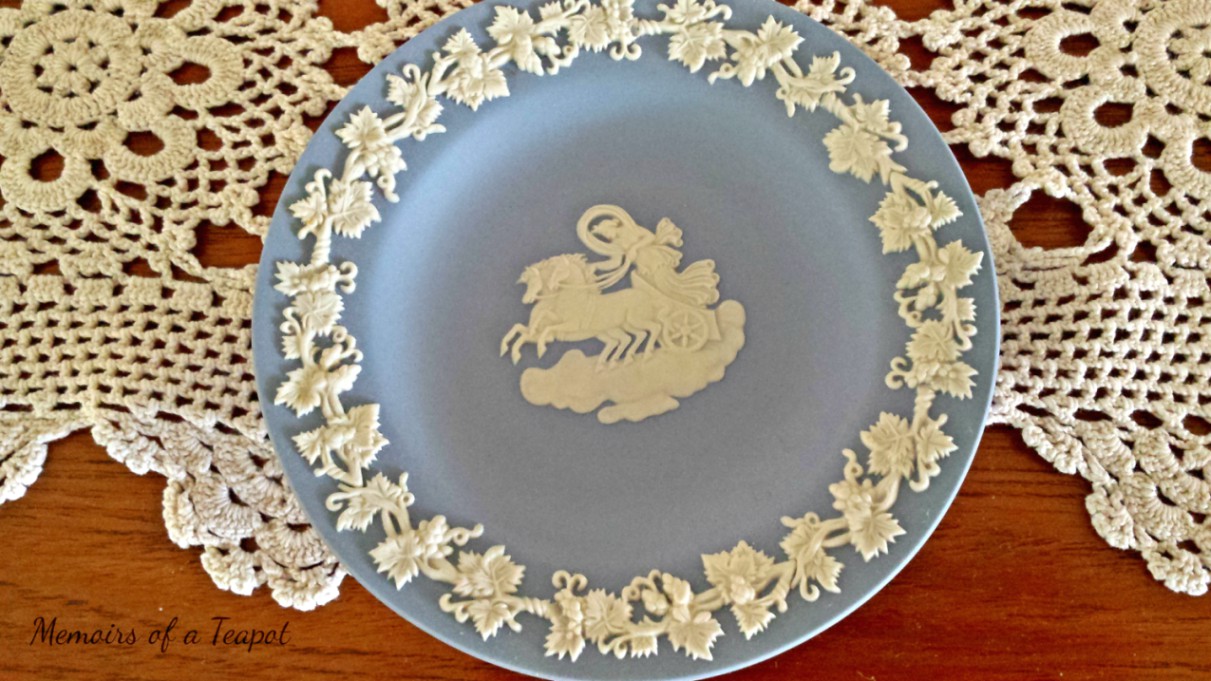 Recently, I’ve been making an effort to scout out nearby antique stores and explore the many different objects within. I really enjoy the feeling of being surrounded by so many old world objects with countless long-forgotten stories. On these occasions, I’ve been coming across these lovely Wedgwood items almost wherever I look! Seeing as they are do seem to be a common antique shop item, I decided to do a bit of research into Wedgwood’s Jasper Ware. 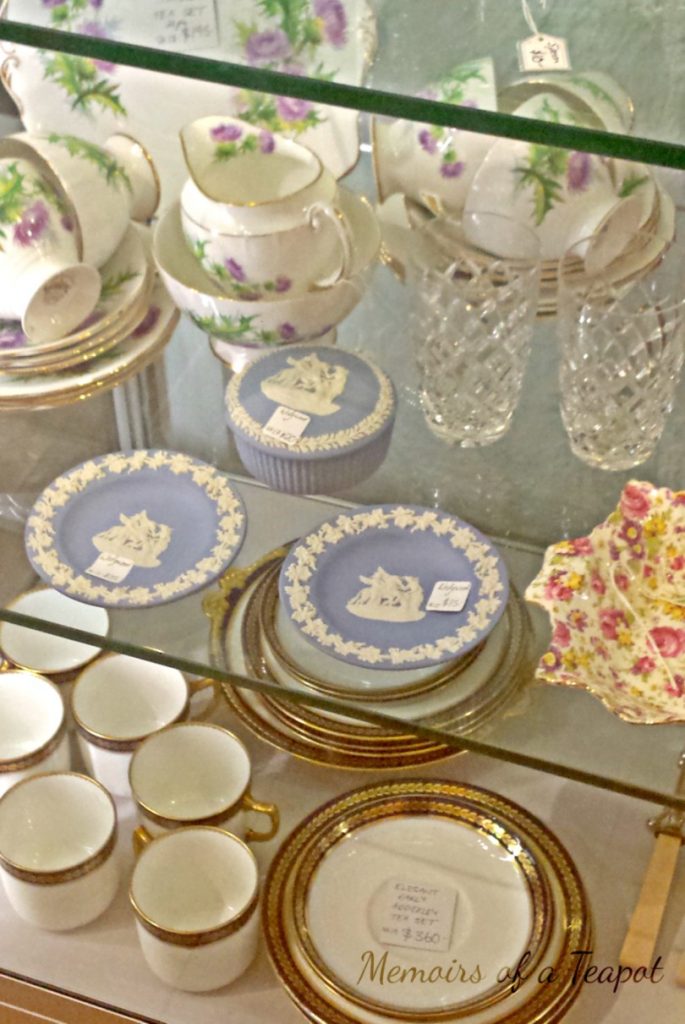 Jasper Ware was first created by Josiah Wedgwood, an Englishman and the founder of Wedgwood Potteries. He started producing it in 1774 and it has been so popular it is still being produced today. The most common colour of Jasper Ware is the light, sky coloured blue called ‘Wedgwood Blue’ and is normally ornamented with raised white decoration in ‘relief’.

It’s creation was, at least in part, inspired by times of The Grand Tour. During the 17th and 18th centuries, it was common for wealthy young people to go abroad to continental Europe to improve their education; particularly in art, architecture and languages. One of the most important places to see was the city of Rome, but Paris and Florence would also be near the top of a English tourists list. In this period of travel, discovery, and learning about the world, interest in the ancient past was dramatically increased through archaeological discoveries at Pompeii and Herculaneum, and in Egypt under Napoleon. The English Grand Tourists then came home inspired and full to the brim with architectural and artistic ideas inspired by ancient Greece, Rome and Egypt. The decorative style that developed from this is called the Neo-Classical. 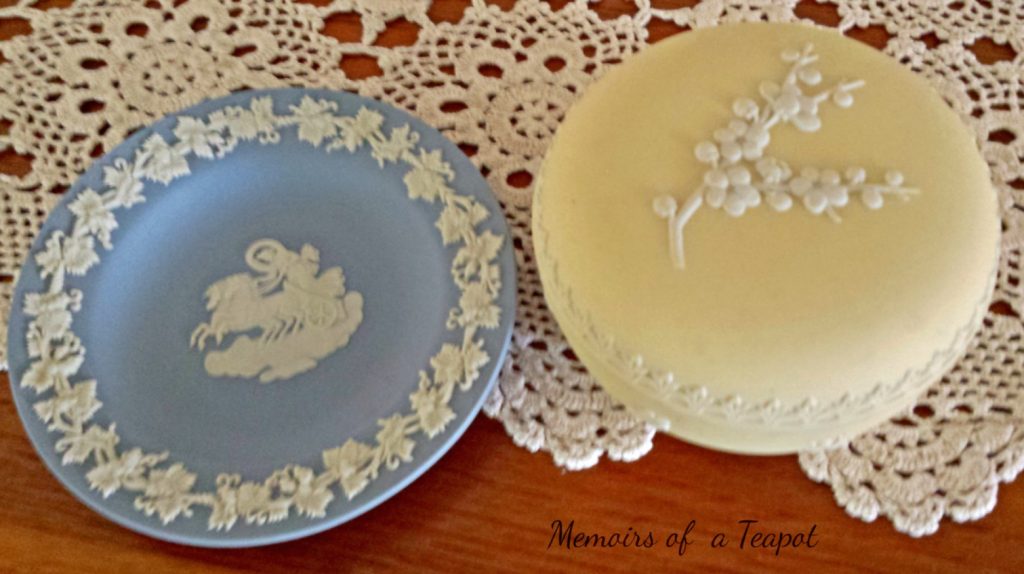 In this setting, Josiah Wedgwood discovered how to make a stone ware he called ‘Jasper Ware’. He decorated these with classical scenes in relief inspired by Roman cameos and artefacts like the Portland Vase. Using his unique Jasper stone ware, Josiah even managed to make a copy of this unique class vase in 1790. The original is currently at the British Museum.

Intrigued about how Jasper Ware is made, I found a couple of short videos produced by the Wedgwood Museum. To see how a Jasper Ware vase is made click here. A demo for creating the white ornamentation can be found here. Both videos are under five minutes.

Do you have a piece of Jasper Ware? Often they depict a scene from classical mythology. Perhaps you know of or can find out what scenes are represented on your piece. Comment on your findings below! 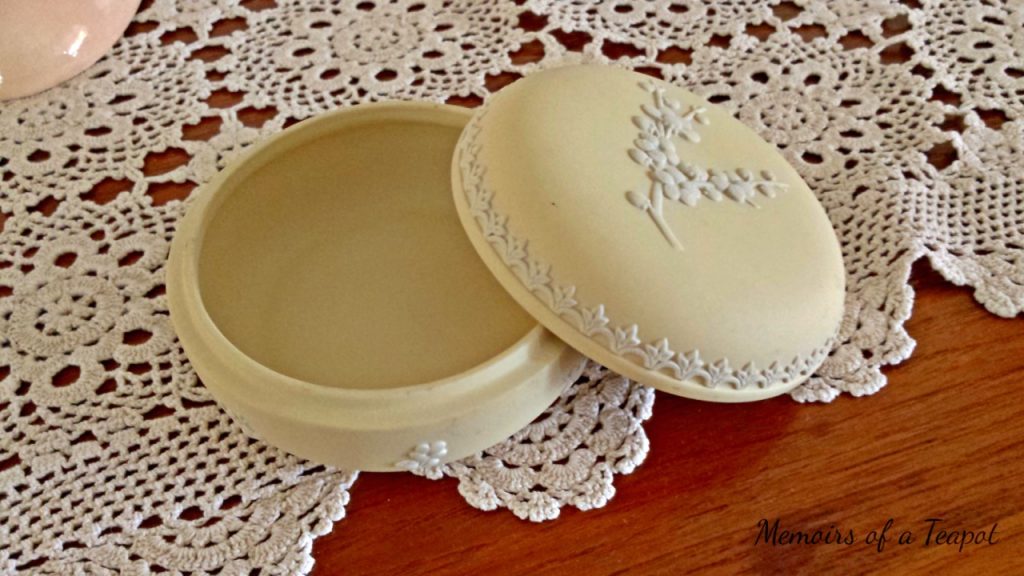 Why a Window Tax?