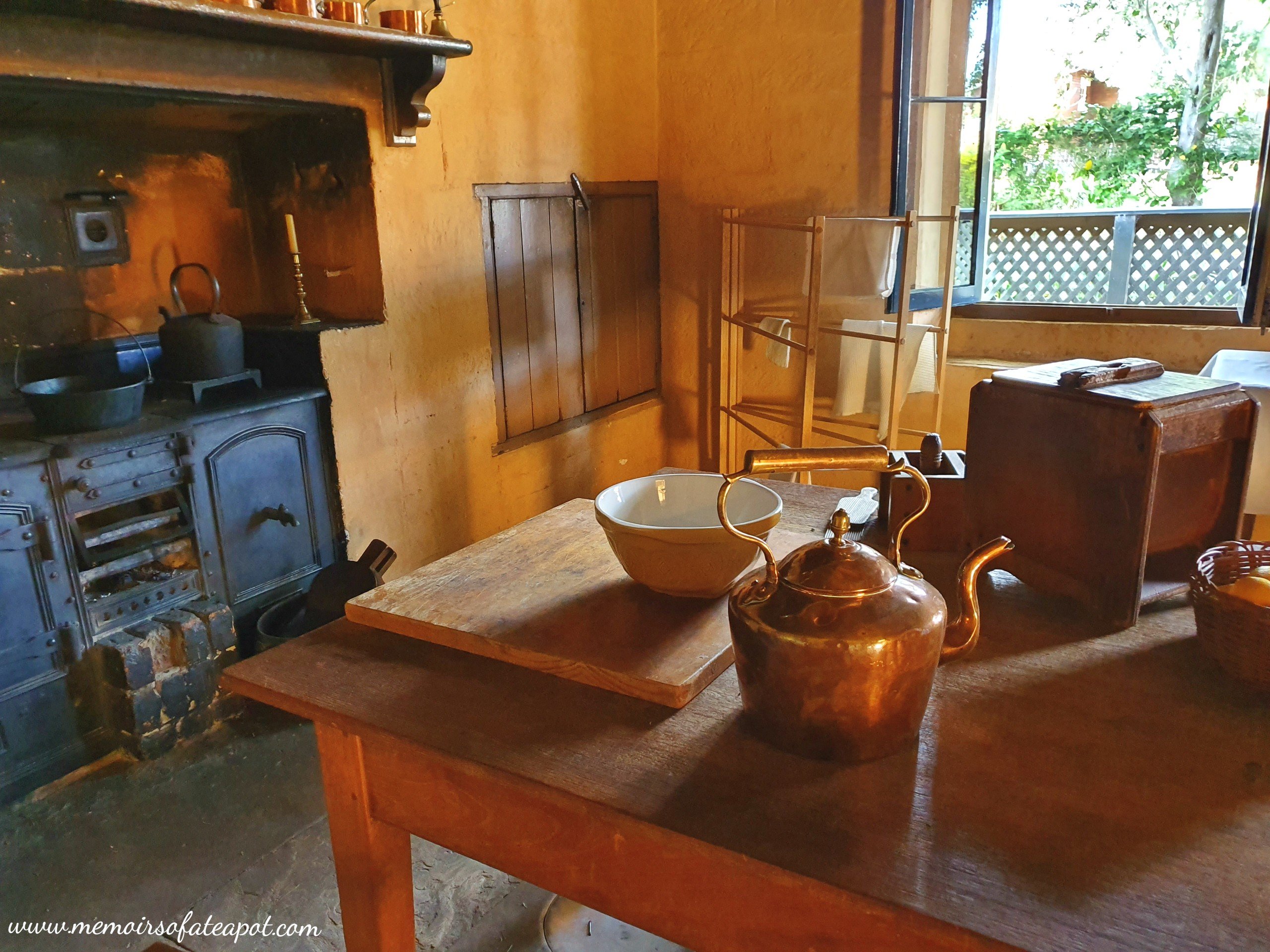 A couple of years ago I started a series called Historical Objects A-Z. I have written about A, B and C so far, but have since had a bit of a break. I do have some objects lined up for the next few letters of the alphabet but somehow, as much as I love objects, they always seem a tad harder to research than buildings or exhibitions!

For those who have just joined us and want to catch up on the previous posts in the series you can click the links below!

A is for Armour – Where I discuss medieval armour and whether or not you could move in it easily.

C is for Christmas Trees and Lights – Do you know why we hang fairy lights and decorate trees at Christmas? I put together a short post with some answers for you.

Which brings us to the long awaited next instalment of Historical Objects A-Z. I confess, I am going to be a bit cheeky; I’m actually doing another object starting with C. But if you read the title, you knew that already! I am rather fascinated by copper pots. While they are a great conductor of heat we don’t often use them today in our kitchens at home. Mostly this is because they are pretty expensive! However in the past copper pots would be found in every kitchen whose owner wanted to give a good impression (and that could afford it).

I was also inspired to do a post on copper pots when I noticed some in the ‘Be My Guest’ scene in the recent Beauty and the Beast film. If you read my post on the Historical Inspiration for Beauty and the Beast you’ll know that I dated it’s context to about 1730 – 1770. But I always associate kitchens filled with copper pots to the Victorian period! This was something that I needed to investigate. Did the film get it wrong? Here’s what I found out.

Copper is pink-orange coloured metal that you can easily spot because it gradually turns green when exposed to oxygen. Copper has been used by humans through much of history, however up until the 18th century, any yellow-orange coloured metal alloy was called brass. So this also included anything with copper or bronze in it. From the 18th century onward the differences between the metal alloys began to be discovered and bronze and copper were denoted as different metals.

When did we start using Copper Pots?

Copper or ‘brass’ pots and cookware have been used for a very long time. So, straight up, there is absolutely no reason why there shouldn’t be copper pots in the kitchen scene of Beauty and the Beast! But the copper pot fad that I think of in the Victorian period was definitely not a thing in 1730 to 1770.

The filling of your kitchen with a wide variety of copper pots was brought about by the Industrial Revolution. With it copper pots could be mass produced. So given that copper is a fantastic heat conductor, why wouldn’t you want copper pots in your kitchen! The famous cooks of the time recommended that a properly set up kitchen should have a range of copper pots; one for every type of cooking. You could then show off your good taste and dedication to producing good food by displaying your pots in ornate arrangements on your kitchen walls.

If you’d like to see an example, head to Vaucluse House in Sydney. I have included a picture below but it is slightly murky since I took it with an older phone camera. I advise seeing it in person! There is also a great article about cooking pots and utensils on the Cook and the Curator blog. It includes some images from mid-19th century trade catalogues for copper kitchen sets, or the batterie de cuisine. It also talks about some of the famous cooks of the day that recommended them.

Given how popular copper pots were and how easy it is to produce copper pots since the Industrial Revolution, why are they not in our kitchen shelves today? Well, the price. But also, new materials (stainless steel and hard anodised aluminium) have taken over the market and are much less expensive.

But there is another reason why the copper pot fad of the Victorian period faded away; World War II. During the war, lots of pots were melted down and the copper reused for something else to support the war effort. After that they were never quite as popular. Despite this, you can still find plenty in your local antiques store; here’s some I found just before Christmas!

C is for Copper Pots is part of the Historical Objects Series from A-Z. This series aims to share the past lives of, and stories associated with, objects. Feel free to comment with object suggestions if there is one you would like to know more about.