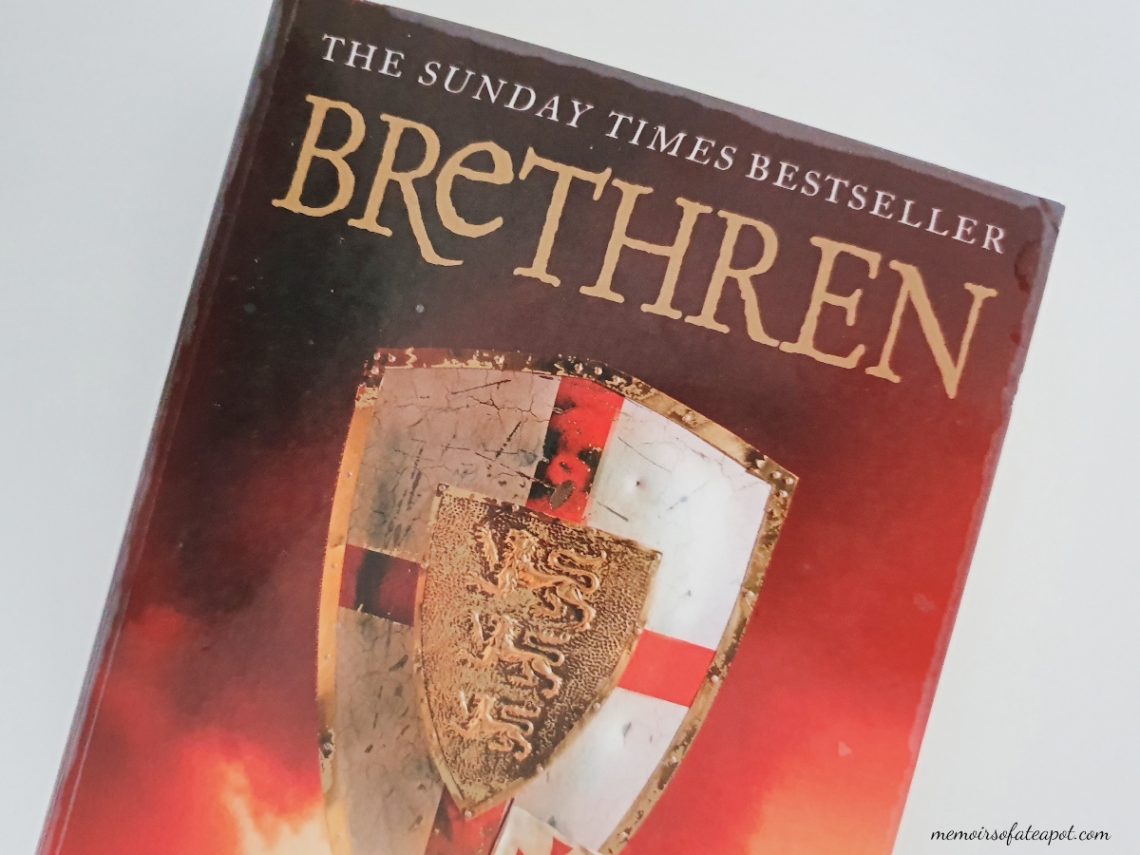 Memoirs of a Teapot is now home to historical book reviews as I use my blog to inspire me to read more. I hope I can inspire you to read more too and help you choose what book to read next!

Last year I headed down to my local library and picked two books off the historical fiction shelves. The first was War at the Edge of the World by Ian Ross. Make sure to check out my review if you’re interested in a novel set in Roman Britain. The second book was titled Brethren, authored by Robyn Young. Let’s discuss it!

Brethren is the first book in a trilogy which tells the tale of fictional Will Campbell. At the beginning of the book we find him as a teenager in England in the service of a Knight Templar. He longs to be a Knight Templar himself like his father is. But a secret of his own, a love interest, and a conspiracy may stop his dream in its tracks.

The book begins in AD 1260 and tells Will’s story over the next decade. It is set in between the 7th and 8th crusades when Henry III is King of England. His son, Edward I, features prominently in the plot. Another key historical player in the story is Baybars Bundukari. He was the leader of the Mamluks who were threatening the crusaders in their Holy Land strongholds at the time.

I am not particularly familiar with the historical context of this book which made it quite appealing to read. It’s bright red cover may also have had something to do with it… But I’m sure I’m not the only one who chooses books by their covers!

I am also quite impressed with the historical detail that Young has imbued the book with. Even after reading a few chapters I felt that the historical events and cultural details of the setting had been closely researched. Brethren is also very well written. It has an engaging writing style and nothing jumped out at me that jarred my immersion in the historical context.

The main character, Will Campbell is very likeable, compelling me to keep reading. But this is also a reason why, part way through the book, I found myself increasingly frustrated with where the plot was going. Will is a conflicted character; he seems to get pushed around by other characters in the book to the point where he doesn’t seem to get any wins.

Will also bases a lot of his decisions on an assumption that could easily be resolved if he communicated his thoughts with another key character. Because of this assumption, he finds himself unable to further his own goals leaving him prey to the whims of others. I found myself skim reading and eventually I skipped to the end. I had lost faith that Will would find any success and needed to see what the conclusion held for him.

I think that Brethren is an excellent example of a thoroughly researched and well written piece of historical fiction. It is meaty in terms of historical facts, cultures and events and has believable characters. I would recommend this book for anyone who is curious about the Knights Templar and the state of affairs in the Holy Land in the 13th century. This book is also for anyone who enjoys Crusader conspiracies and political intrigue.

Brethren is not a light or a quick read, and will require more time and effort than War at the Edge of the World. But this means it has more character development and a more complicated plot line. But for me the plot development was disappointing specifically for Will’s character. So I’m curious to know what you think. Is it just me who finds this aspect frustrating? Please let me know in the comments below!