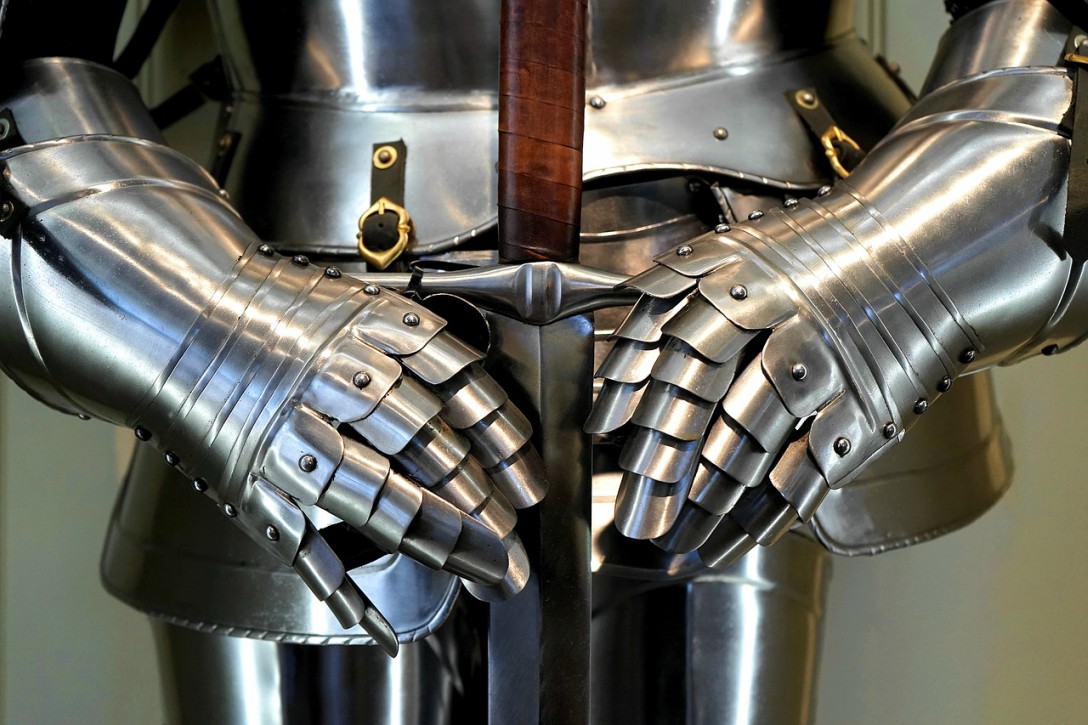 Memoirs of a Teapot aims to share what objects tell us about the past. So tune in for a new series discussing different historical objects from A-Z! Each post will include either the personal story of a specific artefact or a historical background of an object type. Feel free to comment with object suggestions!

A is for Armour

Perhaps you’ve seen A Knight’s Tale or read about medieval battles and found yourself intrigued. Is the armour worn in movies true to the historical past? How would people be able to fight in full plate armour at all? Or maybe you’d like to know how plate armour feels to wear. Lets find out!

Is Armour worn in the Movies Historically Accurate?

A great way to find out whether costumes in movies are historically accurate is to investigate museum collections. For example, check out this full suit of medieval plate made for Englishman Sir James Scudemore c. 1595-6. It looks pretty similar to the armour a knight of Gondor might wear! Or take this suit from a similar time period made in Germany; it looks even closer.

In A Knight’s Tale, characters mostly appear in armour created for jousting tournaments. I think this set looks fairly similar to that worn by William Thatcher in the film. You can see the extensive protection in the breastplate of the upper left torso to deal with the impact of a lance in the joust. If you want to see some really fancy plate armour, check out this golden set, made for George Clifford, a knight of the Garter under Queen Elizabeth I. 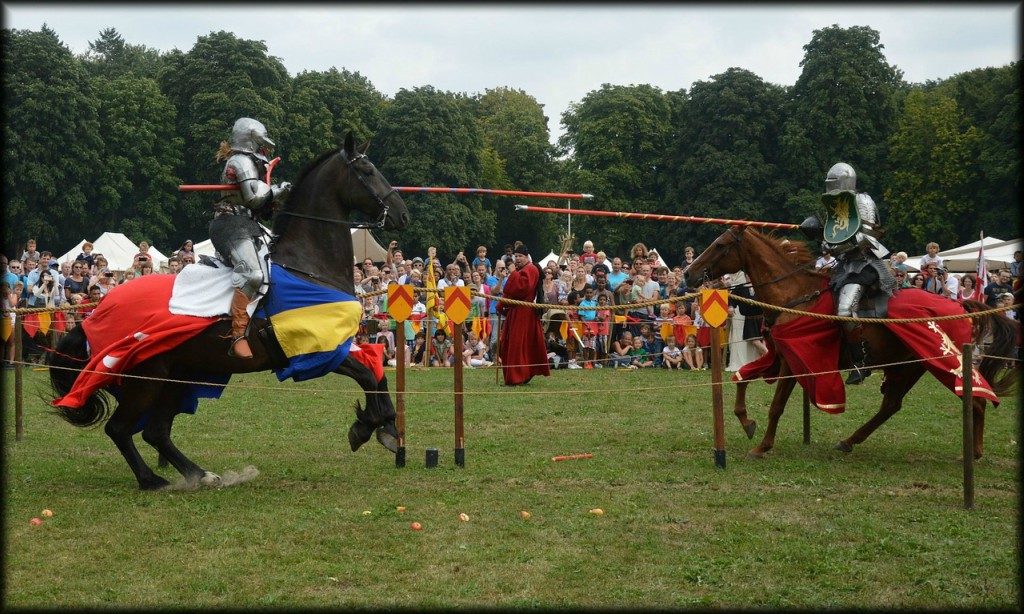 What does a Full Set of Plate Armour consist of?

The Fitzwilliam Museum, Cambridge has put together a nifty diagram detailing the different parts of a complete set of plate with accompanying videos. The main pieces include the greaves (lower leg), cuisses (thighs), cuirass (breastplate and back plate), placquart (for protection of lower torso and made of multiple small plates to allow for mobility), rerebrace and vambrace (arms), pauldrons (shoulder plates), helmet, and gauntlets (plated gloves for the hands).

How to Fight Wearing a Suit of Armour

Head to medieval fighting manuals to answer this question! A vast number of these have survived from the medieval period including one called Fechtbuch or Fight Book. This manual was written by German author Hans Talhoffer in the mid 15th century. His work also includes accompanying images to depict the fighting techniques he described, such as the one below. To see the moves, methods, and techniques of fighting in plate armour, check out this video. 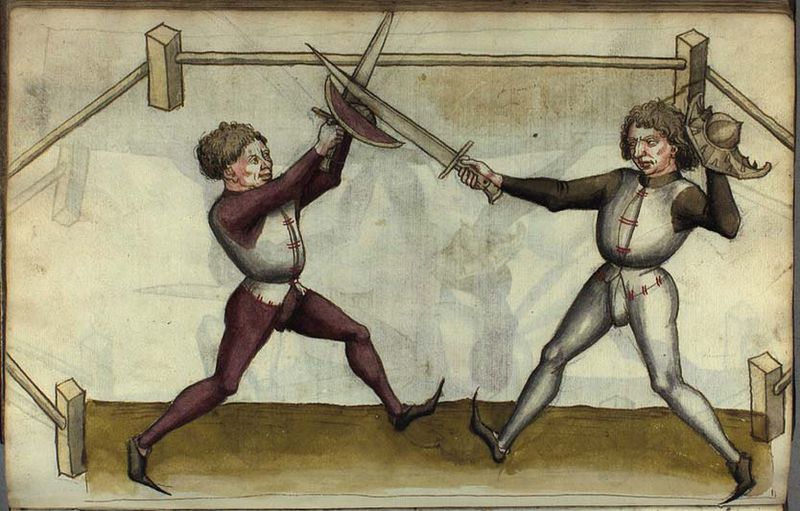 Historical reenactors recently put together a video for an exhibition at the Military Museum in Switzerland to show what sort of things you could do even while dressed in a full set of medieval plate armour. From running to rock climbing, it seems the fit and fully kitted out medieval soldier could do quite a lot!

How Does it Feel to Wear Plate Armour?

The Metropolitan Museum of Art claims that a full complement of plate could weigh 20-25 kg. How would you go carrying twenty-five 1kg packets of rice to the check out?! Laughs aside, at least this weight was distributed across the body. The University of Leeds recently studied how much energy was used when running and walking on a treadmill with and without armour on. They found that both activities used twice as much energy with armour than without. This was partially the case due to the helmet, which forced the study participants to take short breaths rather than breathing in a slow and regular pattern, and partly due to the weight of the lower leg plates.

Want to know more? Check out this video put together by the University of South Hampton and historian Mark Griffin to find out what is worn underneath a suit of plate and how to secure each plate section. Highly recommended! 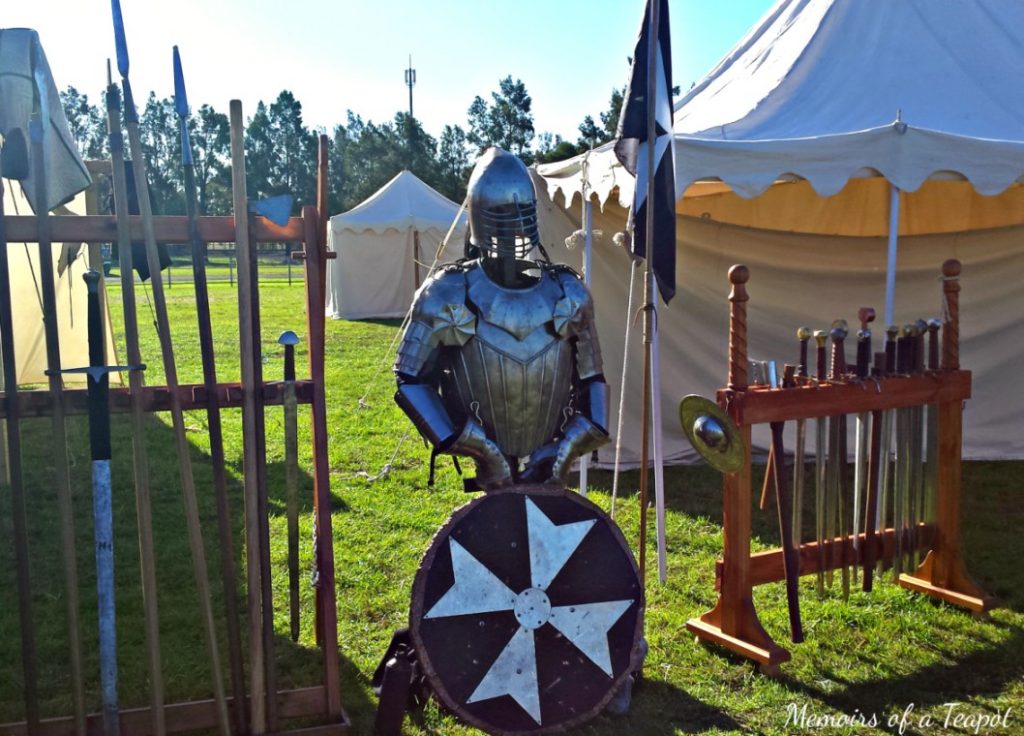