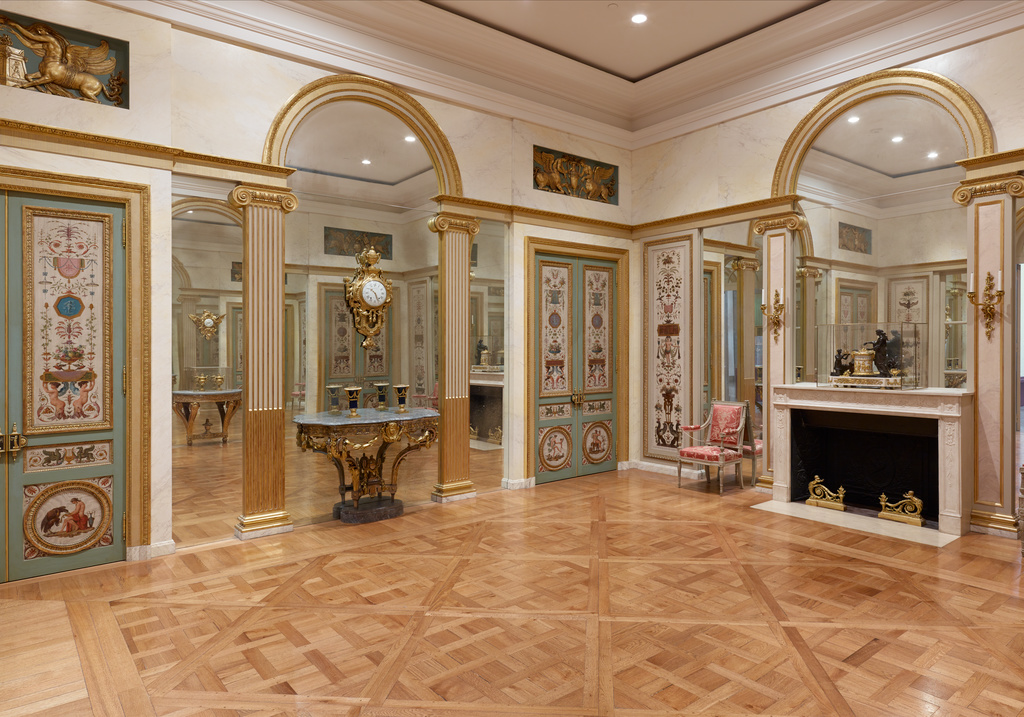 This armchair and its twin, created by Frenchman Jean Avisse, would have made a stunning addition to an 18th century French townhouse (perhaps decorated like this one in the image above)! But wait, why not a 21st century home right?! True, they were originally designed to complement the high ceilings and panelled walls of grand salons, but I’m sure there would be a few of us out there who wouldn’t say no to a living room decorated with the gilt opulence of this chair! 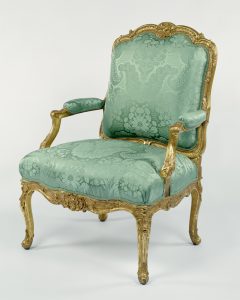 I love this armchair’s colour and the patterned upholstery, but also the air of elegance that goes with it. I’m not sure how comfortable it would be, but I would love to sit in it and try it out!

Let’s take a closer look. See how the armrests don’t connect at the front, but halfway down the seat? You may have seen this feature before. I actually saw one behind a My House shop window not too long ago.

But why it was made this way?

Picture France in the mid 18th century: Louis XV is on the throne. He is the heir and great grandson of Louis XIV the Sun King; the monarch who modified, extended and decorated Versailles in all its gilt and mirrored magnificence. Marie Antoinette hasn’t quite entered the scene, but upper class women are embracing the largest hooped skirts yet! 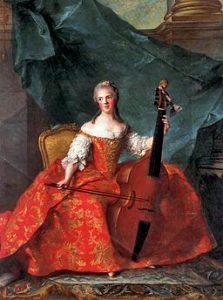 In this context then, no wonder French carpenters designed new armchairs with half length arm rests! This was a perfect opportunity to expand their market by creating chairs that allowed ladies with their outrageously voluminous skirts to sit with ease and comfort. Or as comfortable as would have been possible with the hoops at least!

So next time we sit in a chair, lets take a moment to wonder – is this also a creation born of fashion?